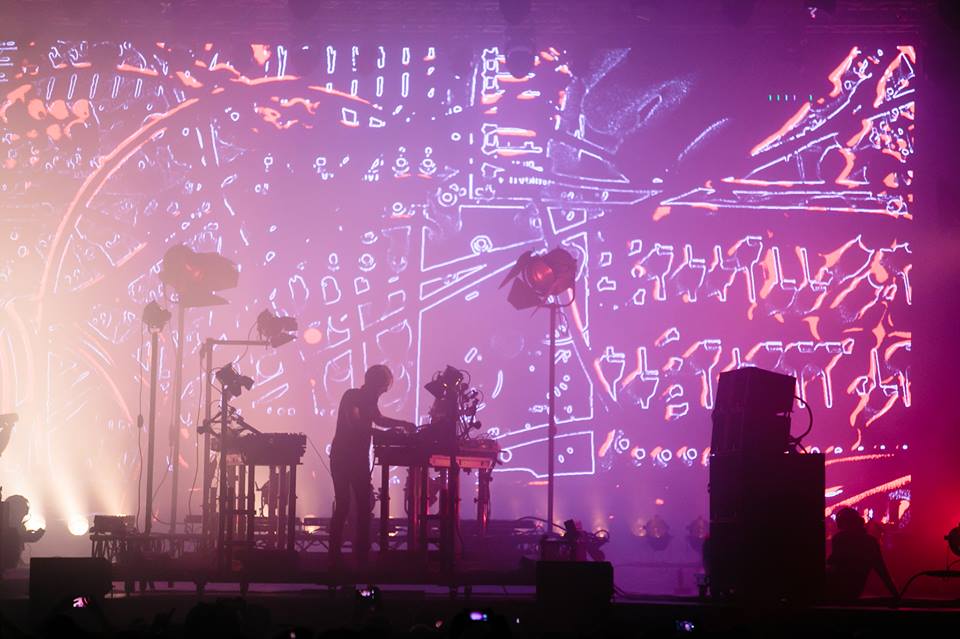 Richie with a shaved head, geeking out over electronic production. Richie with a quiff waving from the terrace at Weekend in Berlin, at the peak of the hype around Minus. Richie throwing a curve ball to all his techno fans by playing disco-afrobeat track “Yé ké yé ké” by Mory Kanté. Richie, but also Plastikman, who made history with the massive “Spastik”.

Richie with Alva Noto for the Container project. Richie and his passion for sake, to the point that he produced his own. Richie and technology during his live sets where he’s surrounded by electronic machines and is filmed live. Richie and emerging design. Richie tonight. Richie, I think I’ve seen every version of you.