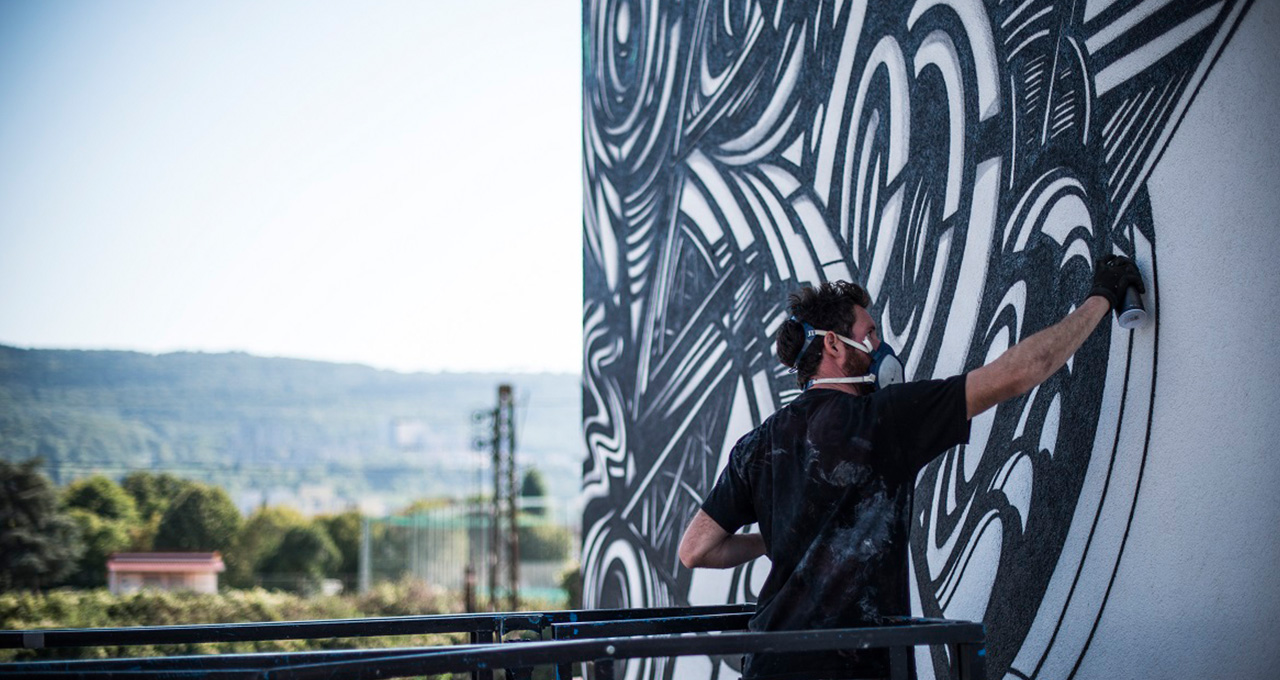 Cédric Pintarelli, aka Sweetuno, was born and grew up in Basel (CH). Since a while he has been living and working in Heidelberg (DE). In summer 1989 the Swiss graffiti artist created his first spray paint graffiti in his neighborhood. He created letters and typography since he learned to write. The idea to give letters a character and a special style was present from a very young age and still is a fascinating aspect throughout his creative practice. Since 2003 he takes his artistic pursuit quite seriously, especially after collaborating with Dare, his first and last mentor, in an exhibition entitled Subvision in Freiburg (DE). After years of painting graffiti on tables, black books and walls, it was time to step into art galleries. The studio is a place between the scribbles at home and the pieces outdoor. There is a smooth transition between the different methods of painting in the studio and  creating graffiti in the streets.

Since 2008 Sweetuno’s works are regularly exhibited throughout European cities, such as Stuttgart, Venice, Heidelberg, Stockholm and more. Besides his dedication and passion for graffiti Sweetuno is also part of the Heidelberg, Mannheim and Munich theater crew, working as a stage actor, director as well as stage designer. In Sweetuno’s opinion graffiti can exist everywhere – in the streets as well as in the galleries. 2006 he wrote the first theatre piece about graffiti entitled Sky is the Limit, which was performed at the Nationaltheater Mannheim. As a matter of fact, Sweetuno brought graffiti even into the theatre!