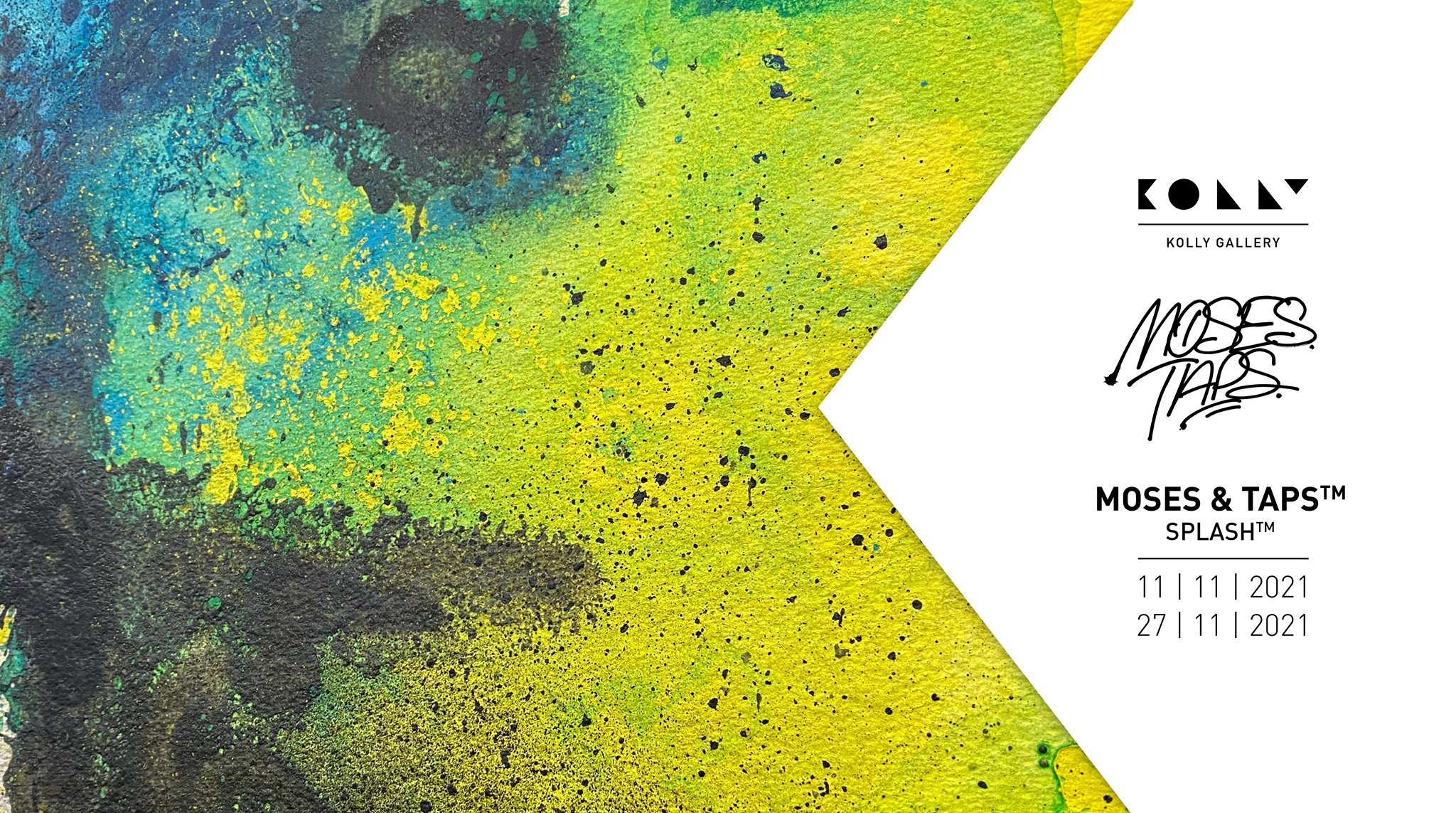 The German artist collective MOSES & TAPS™ are back at Kolly Gallery Zurich from November 11th – 27th 2021 with a new exhibition surrounding the body of work entitled SPLASH™.

„No doubt, SPLASH™ is the very end of graffiti. Nothing can come after the SPLASH, but tomorrow it will be the very beginning of graffiti. It is the minimum and the maximum at the same time.“
MOSES & TAPS™, 2015

Re-thinking the practice and tradition of graffiti is one of MOSES & TAPS™’s key principle. SPLASH™ narrates the story of the end of graffiti. The iconic and very significant series by the artists’ collective MOSES & TAPS™ had its origins back in 2010. Although MOSES & TAPS™ were practicing the art of graffiti at their best, they realized that they were nonetheless subject to the rules and hierarchy of the subculture and their artistic freedom was restricted by the prevailing rules of vandalism. Their aim was to „end“ a tradition in order to create, activate and promote a more progressive, conceptual and avant-garde approach to a tradition that has begun long before them and will last long after them.

The new series will adorn the walls of the spacious room of Kolly Gallery in Zurich. Visuals of exhibited artworks as well as the installed gallery space will be available after the opening reception on November 11th, 2021

For the Vernissage on November 11th a Covid-19 certificate is required.