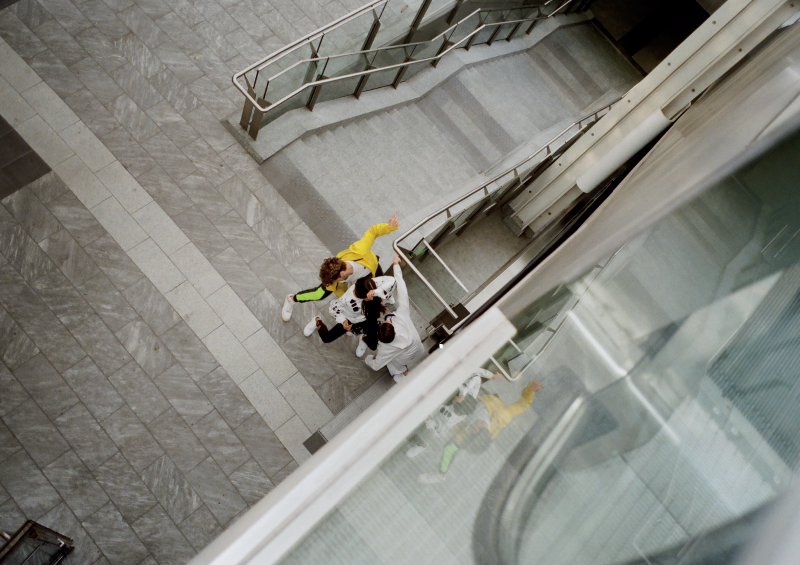 Piazza Gae Aulenti is the quintessence of the Milan of the future. Its shape, what surrounds it and the urban context in which it stands do not give particular margins of doubt: imagining the future, in Milan, must pass through the forms, structures and visions that it embodies. Inaugurated in 2012, the square is one of the largest and most important urban redevelopment projects in Europe: its elevation of six meters above street level, the presence of water effects and its circular shape create a unique connection between the individual and the landscape, the result of which is a new form of social aggregation.

The square, accessible by several points by stairs, elevators or ramps, is the place where the most futuristic vein of the city is celebrated, and it is right in front of clothing stores like Nike – or between their coves, taking advantage of the reflection of the large windows on the facade – that a large number of street dancers meet to try out dances or choreographies. The groups are composed of dancers with different origins (mainly Asian or Italian) grappling with everything that has a metropolitan dimension: breakdance, freestyle hip-hop, k-pop, house, krump, mixed style. Gae Aulenti represents the dynamic future of Milan, and the dance practiced at the foot of its immense skyscrapers by these dance groups is the full expression of it.

Dance is in the air

Exhibitions
Ad could not be loaded.
Piazza Gae Aulenti