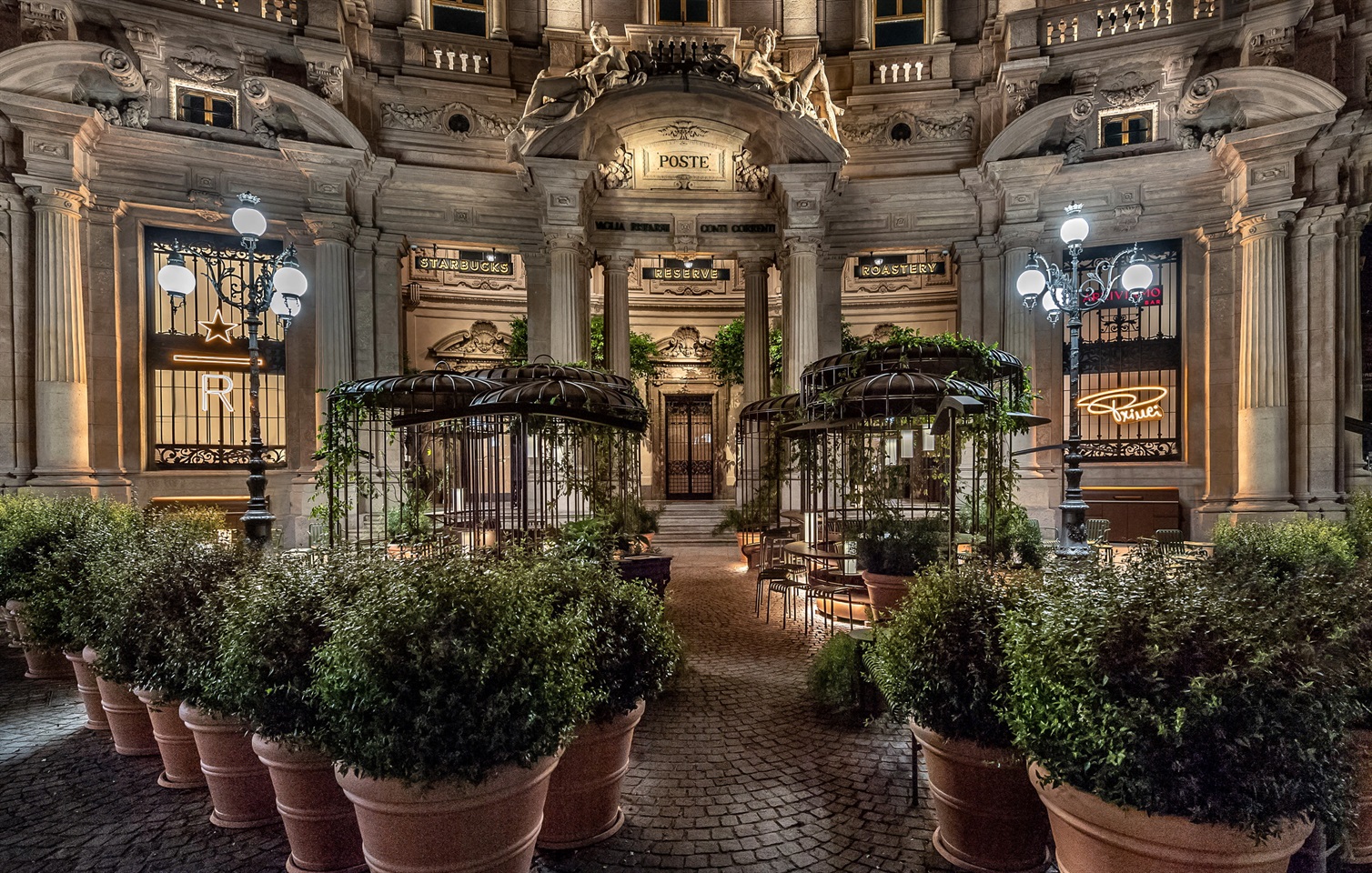 Make your peace with it. The queue, even before the official opening, is there. It runs fast, after all, and you can take this moment with philosophy to eavesdrop on the speeches of teenagers, observe the calm and order of foreigners, look at the sky of Milan and not Instagram. Once inside you witness what is a giant American euphoria, because Starbucks, or rather its new roastery, is more like a playground on the theme of coffee than a bar. Milan is the third experiment in the world, after Seattle and Shanghai, to launch the Starbucks Reserve Roastery, to be precise.

All frightened by the invasion of frapuccinos, hyper-glycemic muffins, scones and donought, instead Howard Schultz, the inventor of the brand, upsets everyone and celebrates with marketing skills all stars and stripes the Italian coffee and the city of Milan, where the electrocution began to start the business. The over 2000 square metres of the former post office building in Cordusio are divided into themed areas, such as Gardaland, while in the centre stands a giant roaster running 24 hours a day. Willy Wonkas are highly prepared coffee makers and are ready to explain the entire roasting process, from the raw and green beans to the final product that will cover part of the needs of other Starbucks in Europe (yes, Milan is also a distribution centre). There are several experiences that can be made, all legal of course. From the corner dedicated to Italian coffee shops, where the die-hard can drink espresso, to the corner dedicated to the different coffee extraction methods: cold brew, siphon, french press, nitro brew, special creations with different single origin and blends coming from Ethiopia, Brazil, Bolivia and other specialized countries. There are over 115 coffee drinks. Do not expect glasses with the name, here there are not any. Prices range from 1,80 € for an espresso to 8 € for special preparations. The strong and evident genuflection towards the city of Milan and the Italian spirit is also realized on the food side: Starbucks signs a partnership with Princi, which provides pizzas, bread, pastries. Here, of course, everything is for sale, merchandising reigns supreme: cups, t-shirts, household items and of course coffee. Followed step by step by the highly prepared and hyper-trained youngsters – who come from 31 different countries around the world – the Starbucks experience is a must.

But, let’s face it, we at ZERO are here for a special reason, because Starbucks opens its doors to the ritual of the aperitif and to its Arriviamo Bar which takes place at the top of the bar. A marble counter, a tidy and clean bottle rack, super professional and trained bartender that we like immediately. The drink list is divided into Aperitifs, the classic Negroni Sbagliato, Spritz, Milan – Turin (all at 10 €); Classic Cocktails, a list of timeless mixing (all at 12 €); Creative Cocktails, a list of creations with coffee and tea at a price ranging between 16 and 20 €. Obviously we want to try the coffee ones: we go on a twist of the Moscow Mule, the Smerald Cocktail and on a variation of Manhattan, the Black & White Manhattan, which is created in the manner of a filtered coffee with the instrument of V60. We are both amazed, they are well made and excellent to drink even at 4pm. Helal, our bartender, is courteous and very good, you can feel the three months training he had before the opening, the service is friendly even if the high price does not seem justified by these factors. We expected some more attention, also on the food side, as for a total of 36 € for two cocktails only 4 olives and some pieces of Parmesan cheese. They explain to us that you have to wait until the aperitif time (from 18 to 21) to have two pizzette from Princi. If you drink before, you’re just a drunkard. They laugh too.

Nothing to say about the coffee and the cafeteria, while on the cocktail side, although good, you can’t perceive the idea and the atmosphere of the cocktail bar. In short, Starbucks Reserve Roastery is a place more for the curious than for bar enthusiasts. It can hardly be conceived as a meeting place, because it is lacking exactly in that part which makes a bar a real bar : or rather, the complicity between those who sit on one side of the counter and those who are on the other.

Where to drink coffee in Milan

Food & Drinks
Ad could not be loaded.
Starbucks Reserve Roastery