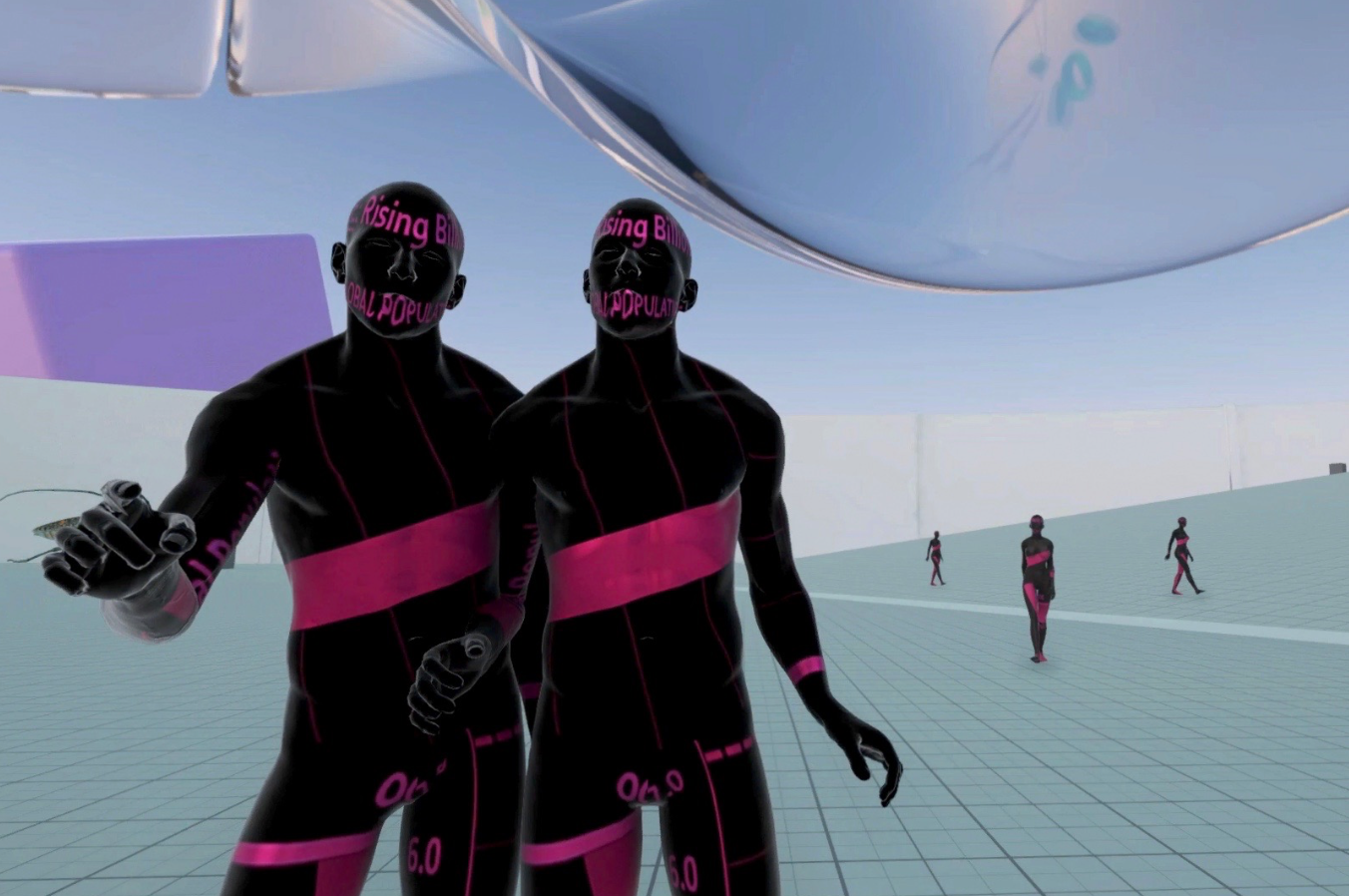 Roehrs & Boetsch is pleased to present virtual reality work ‘Palo Alto’ (2017-2019) by Banz & Bowinkel for the first time in Switzerland.

Palo Alto is the second work by Banz & Bowinkel dealing with the representation of a virtual reality. It is driven by the notion that the virtual world is not the sphere of simulated reality, but its counterpart, in which the computer as an unconscious force subjects the meaning of our society to a new order.

Using a mixture of computer-generated still and moving images, interactive virtual reality installations and augmented sculptures Friedemann Banz (1980, Germany) and Giulia Bowinkel (1983, Germany) explore the relationship between virtual and real spaces and how their separation collapses with the advancement of technology. For this, the technological tools – which form an increasingly inescapable part of contemporary society – serve as both source and material. In creating their works with the computer it becomes a tool to investigate the interactions with it. In the same way, they also reflect on the new possibilities and challenges that the growing dependency on these devices poses.

Computers have a binary reality that differs from the way we see the world. Increasingly, however, the computer monitor serves as the window to the world. Banz & Bowinkel thus examine how this growing entanglement of man and machine changes our understanding of reality.