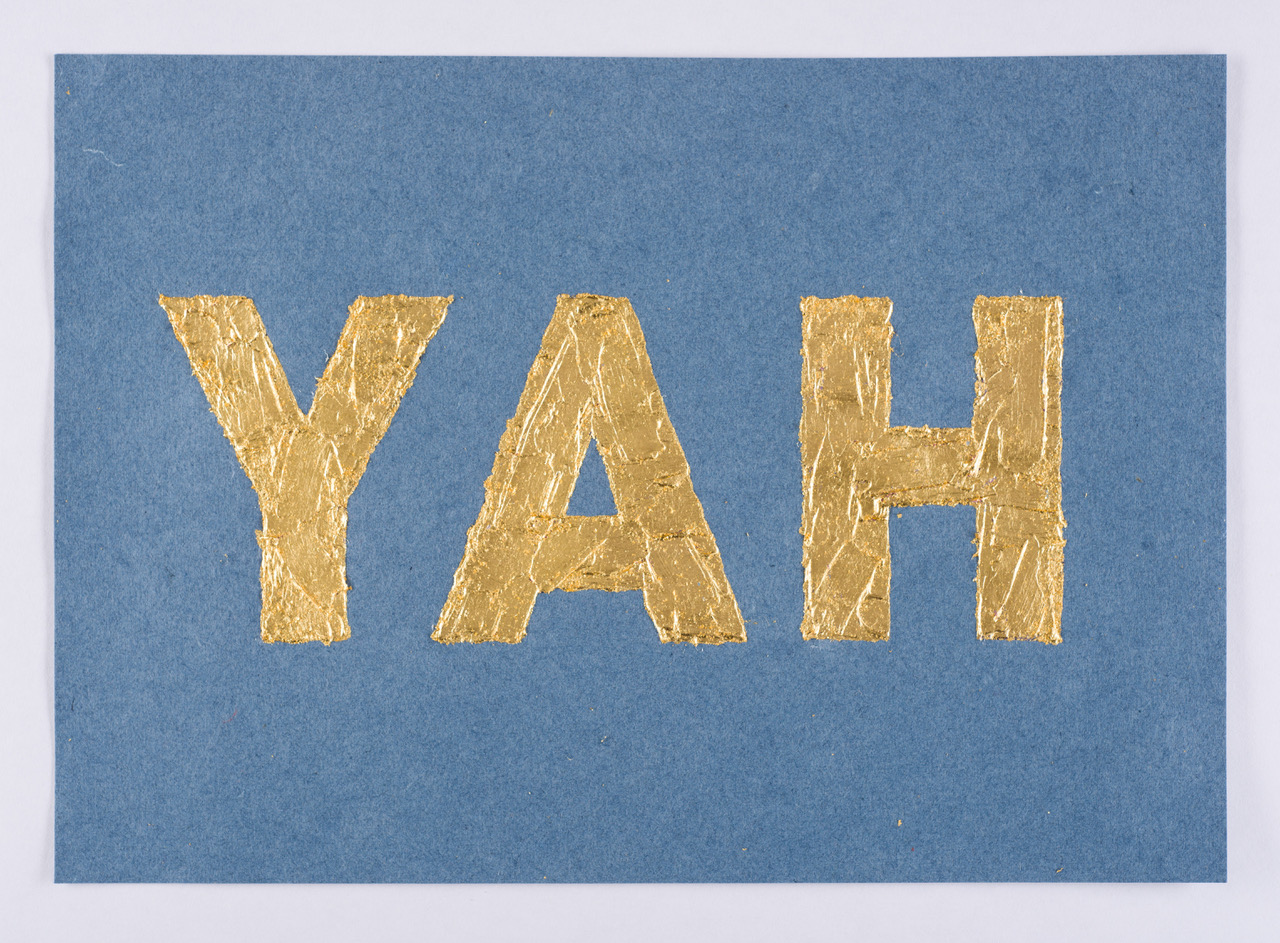 Born 1985 in Cleveland, John Aaron Frank lives and works in Brooklyn. In his work the American artist John Aaron Frank (*1985) questions realities of the western culture in a humorous, witty and critical way. His objects examine the artificial icons of a culture, whose projection power and depth he explores not only on the basis of motifs themselves, but also with material combinations of silver and gold, paper and craft paper. In John Aaron Frank’s works, however, not only material worlds collide. His symbolism is varied, differentiated. What is sculptural abstraction, what is painterly abstraction? What are your limits, where are your connections? Is there a verbal abstraction and if so, how can it be represented, how can it be grasped? The exhibited works present a differentiated, sublimely ironic, yet socially critical view that embodies the charm of the dazzling, glamorous material and warns against falling for the beautiful appearance. The metaphor merges with the glamor of a reality that, like life, is ephemeral, yet leaves room for poetry. Frank says: “There is this linguistic abstraction that happens when you take a word or phrase out of context. You strip it of meaning in absence of its context. Words are like Oxygen, they want to be paired with other elements. They oxidise your thoughts and if given a chance will become a part of your physicality as they relay past experiences.”