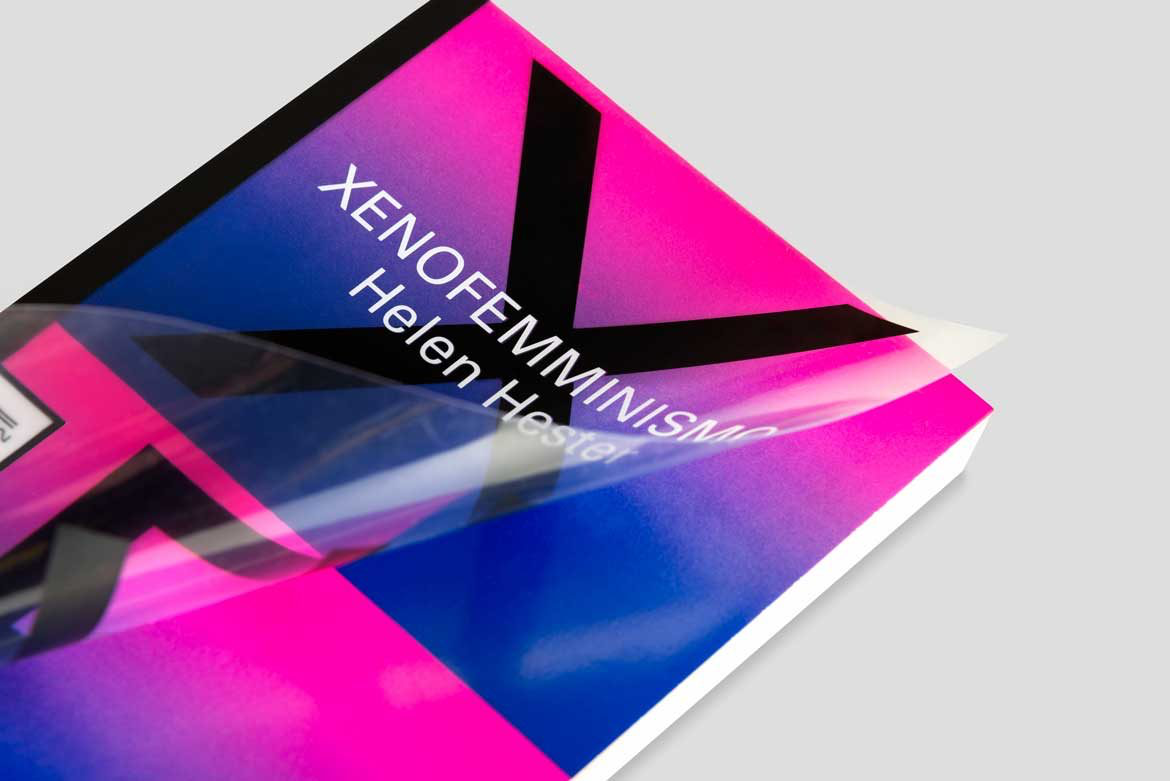 Live Book, curated by Saul Marcadent, is a festival that brings together for three days a group of authors from the Italian cultural and editorial scene in the library of the Iuav University of Venice. The Live Book is a non-definitive object, designed as an unstable format, associated with dangerous contents, which expresses a system of rules as much as the pleasure of forcing them.
The publishing experiences gathered by Live Book act in a gradient between the self-curatorial hardness that the involved authors impose and the surprises generated by the new dispositions of the contents and their circulation. Live book enhances the editorial nature of a library that – coordinated by Mario Lupano – frequently acts as a magazine or publishing house and uses as an interface the relationships and authorial processes of Stefano Graziani, Luca Trevisani, Fabio Quaranta, Ilenia Caleno, involved in teaching and in IUAV research and used to solicit the communication devices of their research: actions, exhibitions and books.
The visual identity of the festival – designed by Superness (Federico Antonini and Alessio D’Ellena)
in collaboration with Giovanni Spera, he still follows an autonomous project, associating scans of books sampled by OBA (open by appointment) to keywords extracted from the search for the guests.
May 8th, first day. Tolentini, garden, pavilion Exposure and censorship are themes tested in the field of theater and performing arts and which immediately fall within the editorial field of which it deals Surveys on the knowledge of the body of meetings cycle curated by Mario Lupano and Ilenia Caleo that with Annalisa Sacchi meets Eva Neklyaeva and Lisa Gilardino, co-directors of Santarcangelo Festival.
At 7pm Valerio Mannucci and Lorenzo Micheli Gigotti co-founders of NERO Editions and Not describe – in a conversation with Fabio Quaranta – the editorial lines on which the dominant editorial experience of these years has been inaugurated with the Italian translation of Capitalist Realism by Mark Fishe.
9 May, second day, Tolentini, library, Gradoni classroom. At 18 Luca Ruali presents Il paese nero | Black Italy, first document of the series produced by Centrale Fies – Loc. Fies 1. Remaining to the method, the black country describes his imaginary with a reading / concert A magnetic communication with nature that I will stage with Nicola Di Croce and Mata Tomasello Trifilò. If in the text the frequency of some terms: recording, sampling and overlapping of traces, alludes to the ability of these practices to generate complex contents, then an audio analogy is the key to understanding the day that continues with the intervention of Francesco D ‘ Embrace of Krisis publishing and Aucan.
10 May, third day, Tolentini, garden, pavilion At 6.30 pm Stefano Graziani, Mario Lupano and Valentina Venturi discuss (Other) Adventures of Pinocchio (Skinnerboox, 2016). Lorenzo Tricoli has established some rules of archiving and then of composition, generating a parallel history of our country in analogy to the book of
Collodi according to a deformed aesthetic. (Other) Adventures of Pinocchio generates with continuity affection and inspiration and opens at 7.30 pm at Live in the house and it will not fall down (Mack, 2016), the editing by Alessandro Laita and Chiaralice Rizzi, on a ten-year archive of preserved images by Bruno Rizzi, who died in 2004; two systems of access rules and new provisions of an archive.

Program
Wednesday 8 May
Tolentini, garden, pavilion
6.00 pm
Pleasure as a strategy of resistance
Eva Neklyaeva and Lisa Gilardino, directors of Santarcangelo Festival
in conversation with Ilenia Caleo and Annalisa Sacchi
7.30 pm
Occupy spaces with ideas
Valerio Mannucci and Lorenzo Gigotti, co-founders of NERO and Not
in conversation with Fabio Quaranta

Friday 10 May
Tolentini, garden, pavilion
6.30 pm
The story in the story
thoughts on the book “(other) Adventures of Pinocchio” (Skinnerboox, 2016) by Lorenzo Tricoli;
with Stefano Graziani, Mario Lupano and Valentina Venturi
7.30 pm
Go through an archive
Alessandro Laita and Chiaralice Rizzi, authors of the book “Live in the house and it will not fall
down ”(Mack, 2016)
in conversation with Saul Marcadent
to follow visit to the exhibition “+1”; Luca Trevisani in conversation with Stefano Graziani 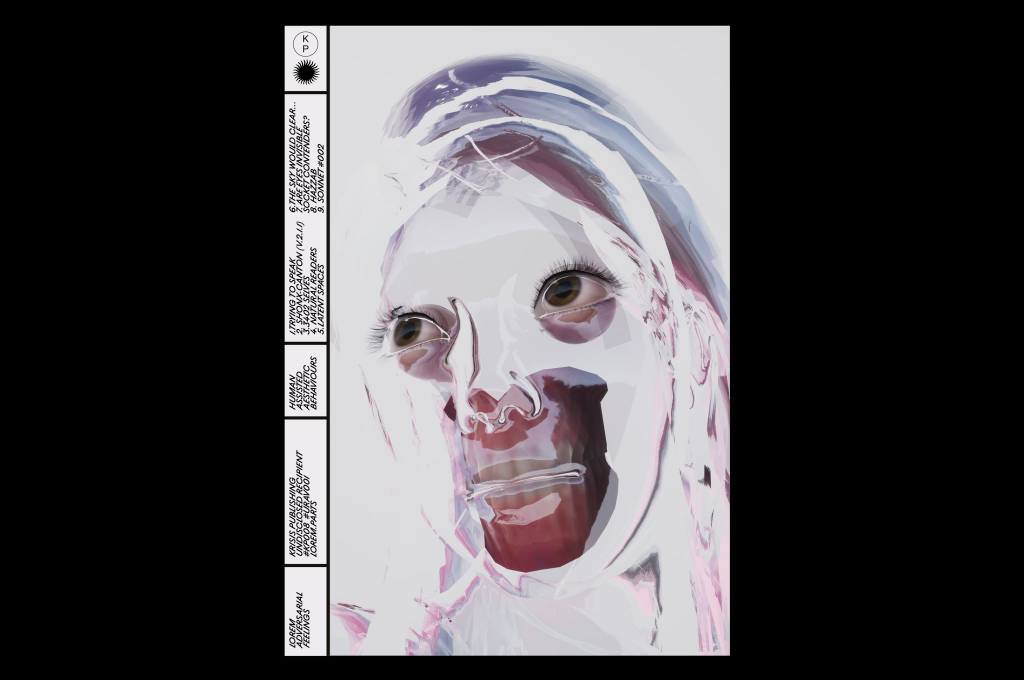 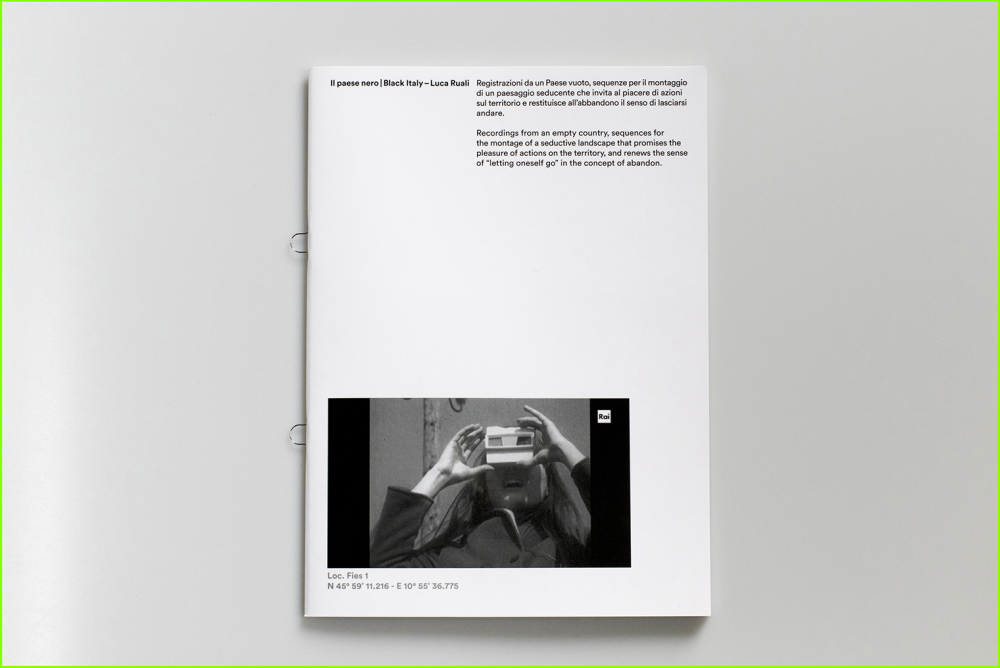 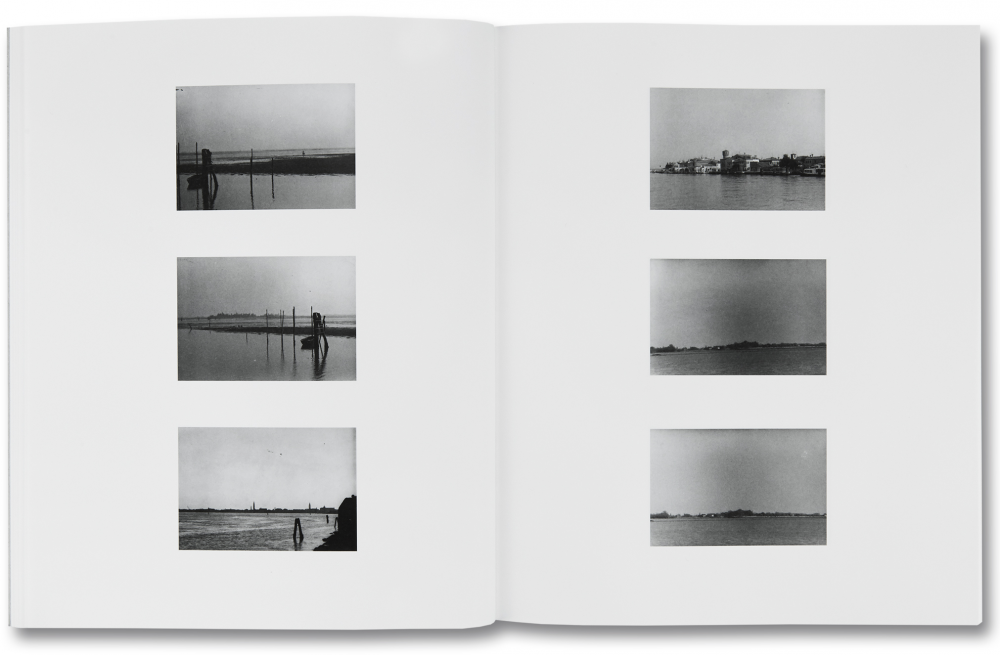 Alessandro Laita, Chiaralice Rizzi, “Live in the House and It Will Not Fall Down”, MACK,
2016