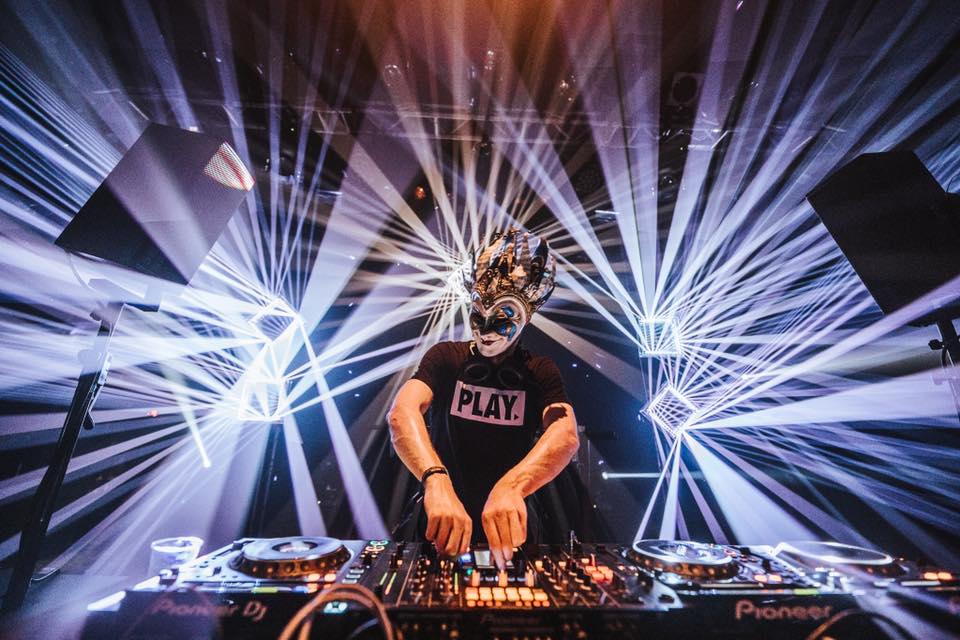 No kind of music could describe his style, so he decided to create his own genre. “hightech minimal”.

Born in 1981, Boris Brejcha started his musical education in his childhood. He was educated playing drums and keyboard which had been a perfect schooling for the following chapter – producing and performing electronic dance music.

Boris combines his sound with a maximum of variety which has no peer. Each song is some kind of its own adventure. Once in a relation with elements of electro, break beats, IDM, or sometimes with small Ambient parts. Because of the constant demand for more details, quality and originality he is always a small step ahead. Consequently, he became the “exceptional Talent 2007 “in the electronic music magazine Raveline.de.

The progressive musical development made him a constant favorite in today’s club scene. With his ambition and desire for new and experimental musical directions, he shows his audience again and again how exciting minimal techno can be  so much more than just simple. Boris Brejcha is much more than just a minimal techno Artists. He is a Pinoeer! No kind of music could describe his style, so he decided to create his own genre.

This genre was the first step into a new era of electronic music. Whenever you can – Listen and Enjoy to his outstanding sounds.

He will blow your mind!