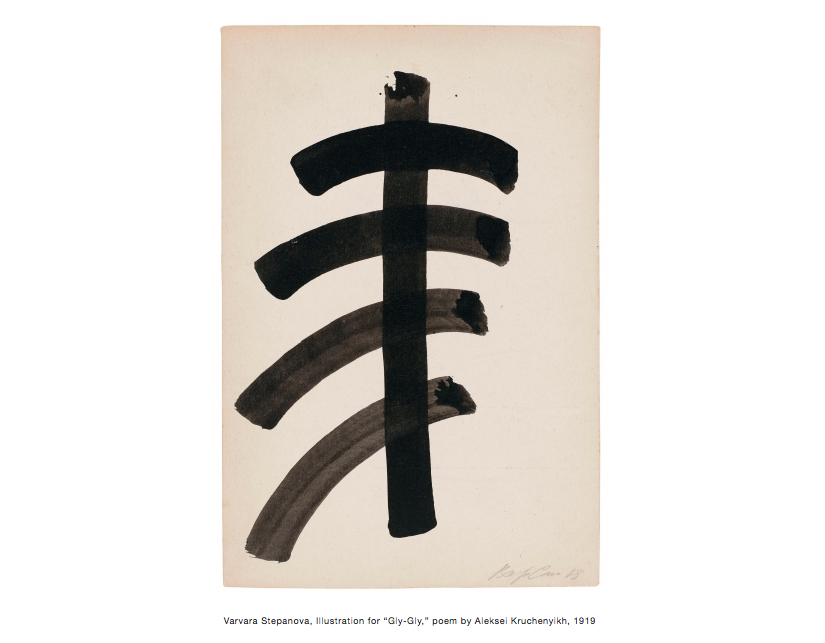 After putting together several solo shows on women artists, Krystyna Gmurzynska organized the acclaimed exhibition “Women Artists of the Russian Avant-Garde” in 1979, the rst ever exhibition to concentrate on the women of the Russian Avant-Garde. More recently, the Malaga branch of the State Russian Museum hosted the well-received show “Graphic works by Russian Women Artists from the collection of Krystyna Gmurzynska,” still on view until September 2019.

The exhibition in Zurich features some of the most remarkable women artists of the Russian Avant-Garde such as Maria and Xenia Ender, Natalia Goncharova, Liubov Popova, Olga Rozanova, Nadezhda Udaltsova, and Varvara Stepanova. The selection of works includes both visual and applied forms of art, from graphic works and theater designs to decorative projects.
“AMAZONKI” is the Russian word for the mythological “Amazons,” and it was rst applied to the female Russian Avant-Garde artists by the Cubo-futurist poet Benedikt Livshits, who described them as “real Amazons, Scythian riders.” An iconic exhibition, entitled “Amazons of the Avant-Garde” was held at the Solomon R. Guggenheim Museum in 2000-2001, to which Krystyna Gmurzynska was invited as the only non-institutional private lender in recognition of her famed 1979 exhibition “Women Artists of the Russian Avant-Garde.”

The work of these pioneering women artists was extremely in uential in the world of the Avant-Garde and was highly signi cant in de ning modernism as a whole. There was a remarkable boom in women’s creativity in early-20th century Russia, where the rapid modernization of society changed the status of the female artist and marked the beginning of women’s integration into cultural areas that were formerly the preserve of men only. Never before in the history of Western art had women played such an important role in the formation of new art movements or the rede ning and recon guration of cultural spaces.

Their in uences can be clearly seen throughout the 20th Century. “AMAZONKI” thus continues with a separate exhibition of the preeminent female artist of Russian origin in the US: Louise Nevelson.

Though the “Amazons” were distinguished by their tremendous energy and a great force of will, they at no time constituted a single, uniform group formed through a common support of “feminist” ideas. Possessing a bright talent, each o ered her own vision and direction to the development of Avant-Garde art, playing a vital role in larger artistic circles, where they were as individualistic, productive and exceptional as their male colleagues such as Kazimir Malevich, Mikhail Larionov and Alexander Rodchenko.