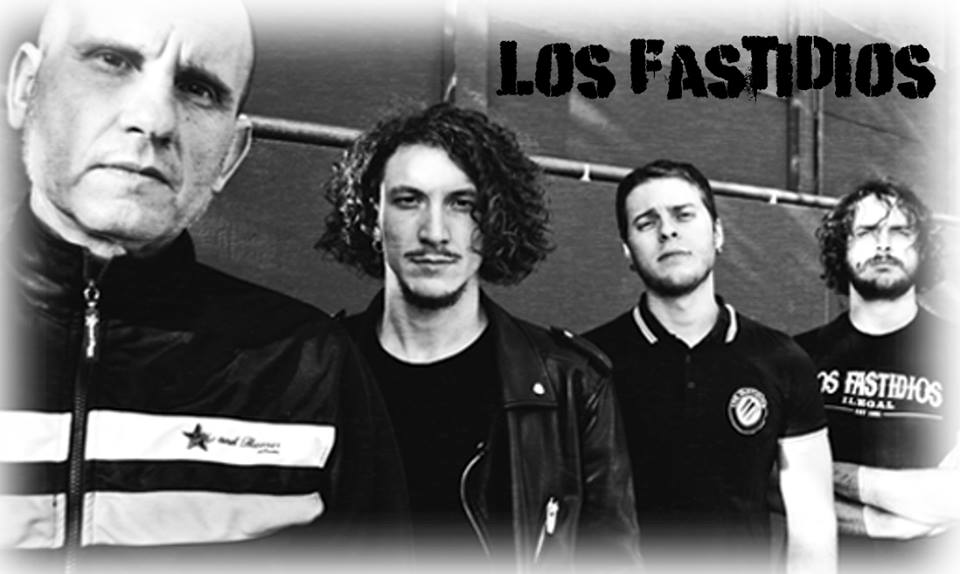 During the 2017/2018 Los Fastidios are promoting the last album THE SOUND OF REVOLUTION released on the 01st of february 2017 by Kob Records and powered by Fire&Flames (Germany) (the vinyl edition is released by Kob Records in collaboration with Casual Records/France and East Beat Records/Russia) . The album received really good reviews. Twelve new street tracks, with the typical Los Fastidios sound, that’s a winning blend of street sounds, from streetpunk to ska, from oi! to rocksteady/reggae, from rock’n’roll to melodic punk and street soul.

The Los Fastidios sound is a powerful melodic streetpunk which mixes classical 80’s British Punk-OI ! sounds with skanking, rock’n’roll and hardcore rythms, sung in Italian with some touches of english, french and spanish languages. The lyrics come from the most cheerful street situations to more serious and involved matters which deal with social problems, such as battles against racism-fascism and any form of discrimination, for the animal rights, for freedom and against the capitalistic system…

These last years, Los Fastidios have archieved great number of anti-racist intiatives and social causes,by taking part in various support gigs with collections in favour of Chiapas, for the workers, against racism, for the animal rights, against war, against capitalism and neoliberism…

The Fags are a punkrock two-piece from Switzerland and they love Ramones and Queers. Since 2006 they’ve been coverting hipsters and other dumbasses to the orginal sound. Their latest and greatest 4 song EP contains lo-fi hardhitting poppunk tunes about girls, boys and love in general. The Fags are without a doubt the best band ever from Duggingen City!

Premiere - The Deathbed of Katherine Dunham