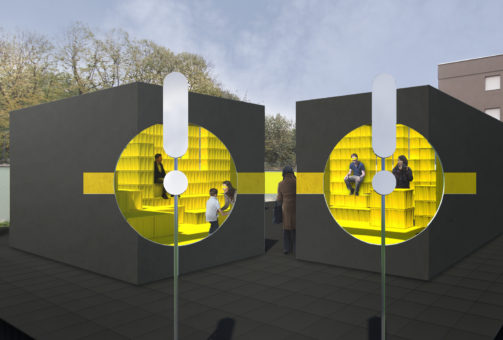 Bovisa has organised. Turning its nose up at the district rhetoric, it has coined the name Design Republic for itself and set up 47 projects from Lancetti to Dergano and all the way up to Via Cosenz, home of the MakersHub and Ideas Bit Factory which are the creative heart and soul of the area. Founded a few years ago at a time when the area was in a bit of an emotional rut, they have accompanied its glorious rise.

The map of the Design Republic [/ caption]

As usual, Davide Crippa from Ghigos, along with ADA (Association of Designer Anonyms), has woven dozens of networks: with the great Alchimia designers in the Redesign 1979-2019 exhibition or in < em> 7 + 1 Re-Somatic Traits , in which seven masters of Italian design – Andrea Branzi, Paolo Deganello, Anna Gili, Alessandro Guerriero, Ugo La Pietra, Franco Raggi, Nanda Vigo and Max Falsetta – are portrayed using multi-shot techniques in an attempt to reconstruct the multi-faceted identity of the seven protagonists involved through large photocollages. Or with the original designers of Bovisa, who participate in Thought in Milan , the collective and interactive exhibition to be held at the Bocciofila on Via Candiani 26, or the studios that have set up shop in the area, such as CTRLZAK, or even the 12 designers invited to dinner in honour of Leonardo’s genius, in which each guest will have to depict an apostle from the iconic fresco.