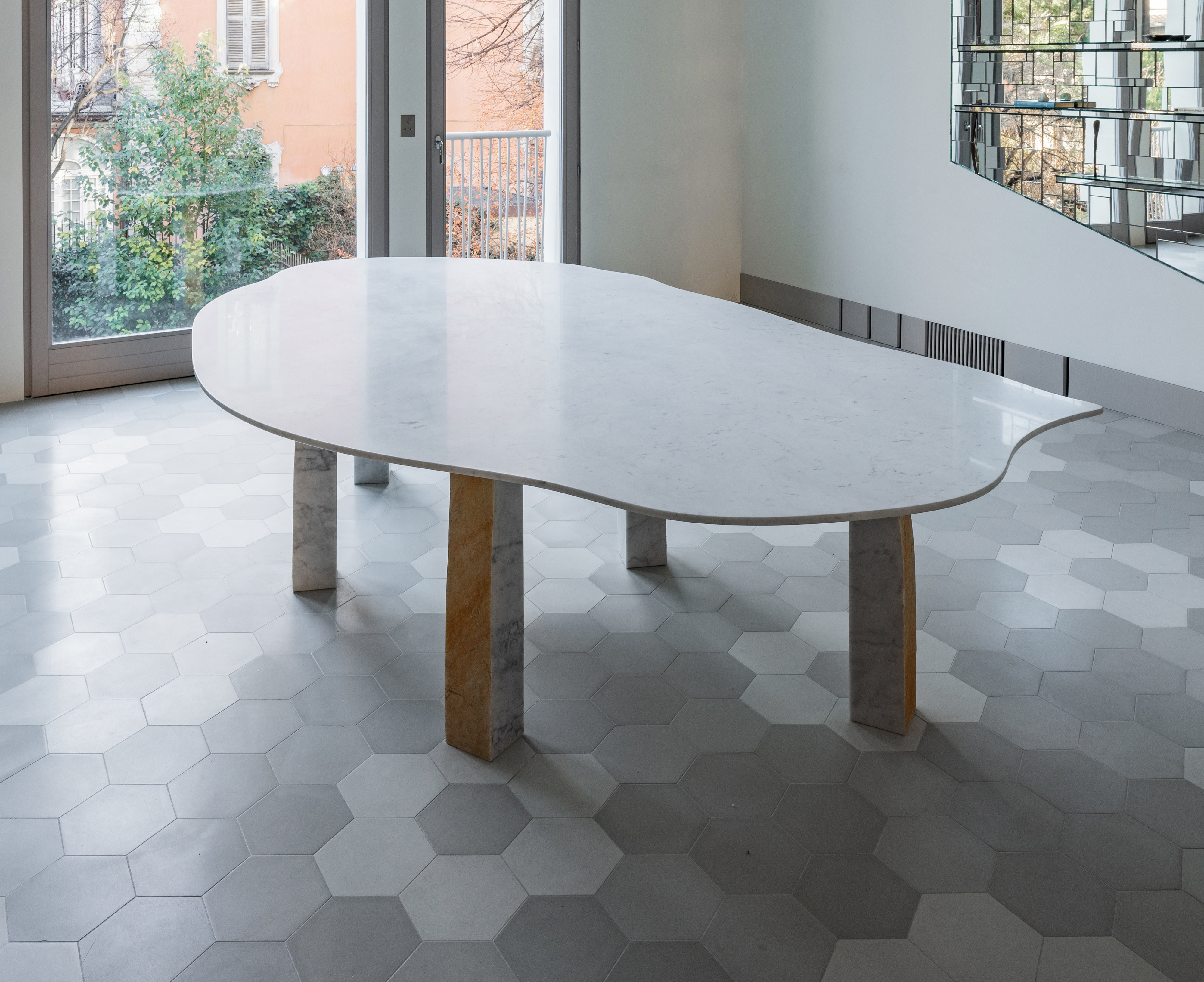 What was originally a large marble table made for a famous private client became the inspiration for a limited collection that would start out, like that first table, as an outline of a leaf drawn by the artist. Lorenzo Bini is the architect behind the new Massimo De Carlo gallery, which recently opened in Piero Portaluppi’s Casa Corbellini-Wasserman on Viale Lombardia; his studio is in a dome of the so-called “Kremlin”, one of Lambrate’s most iconic buildings.

After the success of two years ago, he will once more be opening the doors to his studio during the Fuorisalone, but this time he will be exhibiting a series of large “un-designed” tables by the studio: each table is a homage to the artist that inspired it and is accompanied by an edible installation by Casalinghe di Tokyo.
Each table is made from a single piece of different types of marble with supports – not legs – such as stone pillars to hold it up. The large tables – designed by Studio Binocle and made by Atzara Marmi with the support of Margraf, suspended in the white space beneath the dome – will interact with the breathtaking view over Milan, which can be seen through the small geometric windows.