Eat Culture and Exhibitions Music and Concerts Nightlife and Clubbing 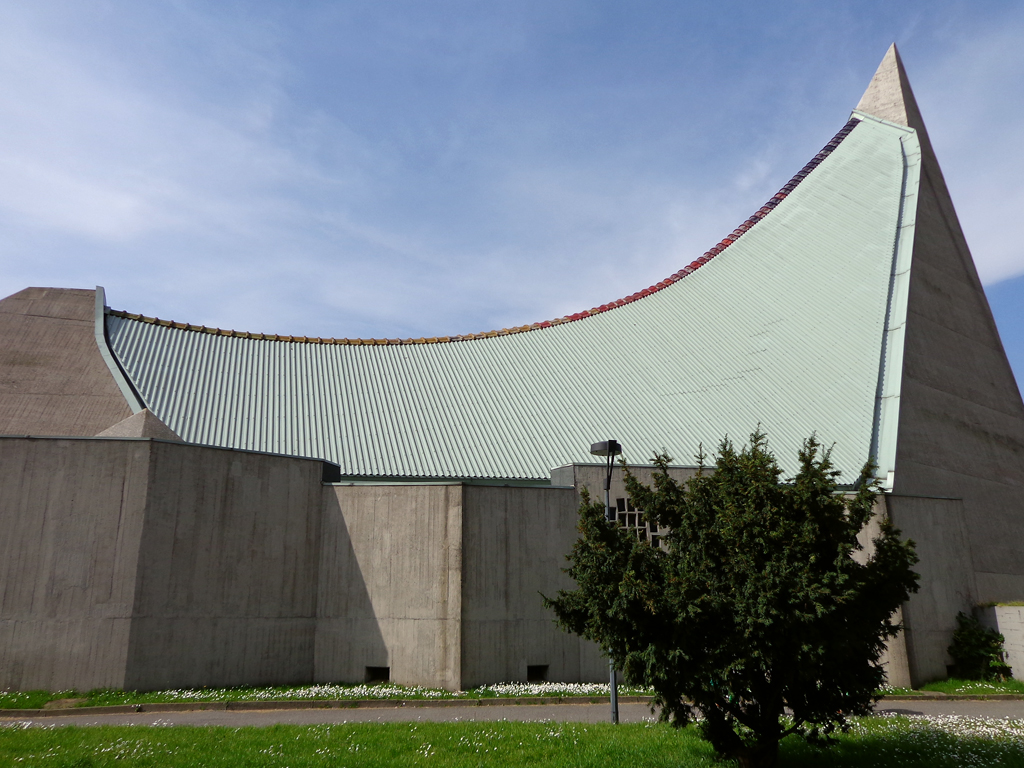 In the middle of the snakes in the Sant’Ambrogio district – the council houses designed by Arrigo Arrighetti in the 1960s between Famagosta and Barona, with a curvilinear layout – there is a church-pyramid (face view) or church-tent (side view). The project is still by Arrighetti, from 1968. The building is structured by its sail-like roof, which rises up from the presbytery area to create a cusp in correspondence with the façade.

The walls, both outside and inside, consist of exposed concrete, perforated by a large number of coloured windows.

The interior is composed of three dynamically interpenetrating spaces: the liturgical hall, the weekday chapel and a side aisle; the roofing pattern contributes to the creation of a moving space and varied lighting.

Ad could not be loaded.
Chiesa di San Giovanni Bono