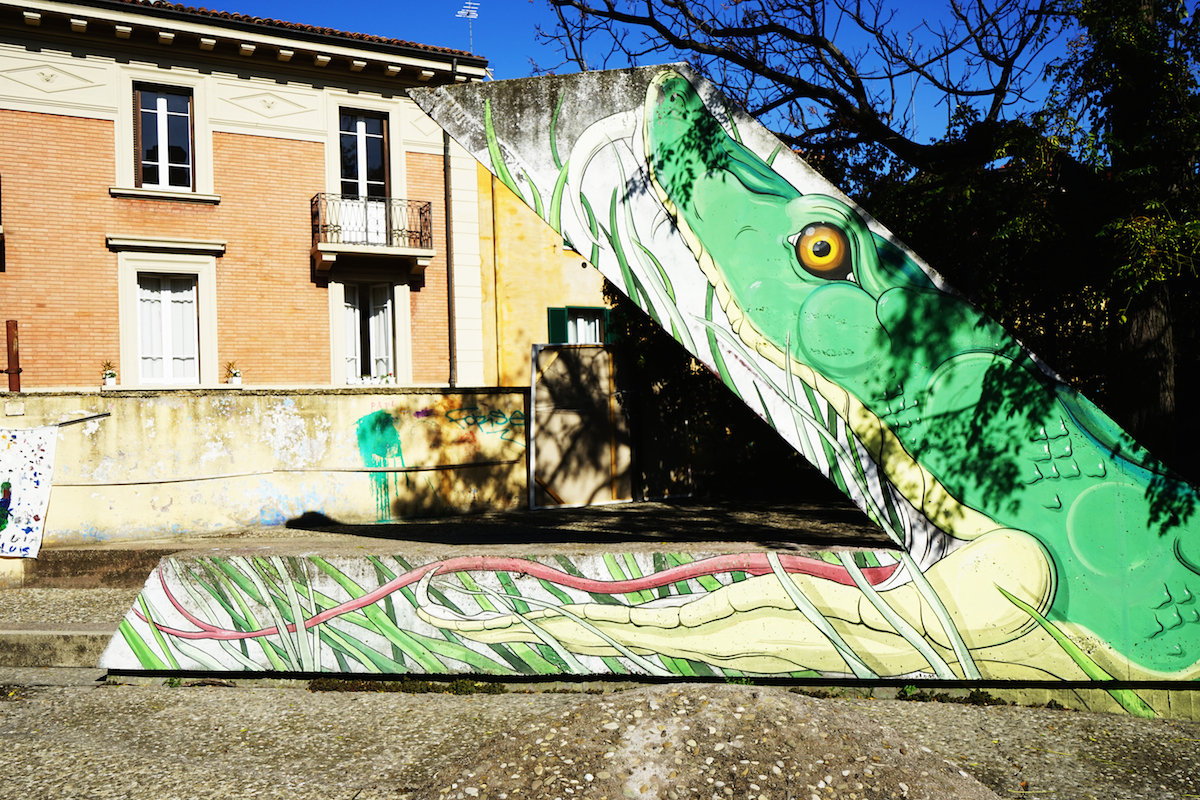 In the XVI century, Giardino del Guasto was a park on hill, erect on the ruins of the ancient palace Bentivoglio. After the powerful family departed, the area was only inhabited by wrecks and remains, even after the construction of Teatro Comunale in 1763. Via del Guasto was practically an outdoor garbage dump. In the time of the second World War, an underground tunnel was built, a safe shelter from bombs. Later on the area remained populated by garbage till 1972, when the municipality entrusted Rino Filippini with the re qualification. He designed the surrealistic space that we can currently visit. What else? Drug addicted are just the last piece of this decadent puzzle, nonotheless Giardino del Guasto survives as an incredible urban piece of art, enhanced by the famous graffiti from the artist Blu (2002), which are slowly disappearing.

Via Mascarella 4/b, Bologna

Meeting
Ad could not be loaded.
Giardino del Guasto