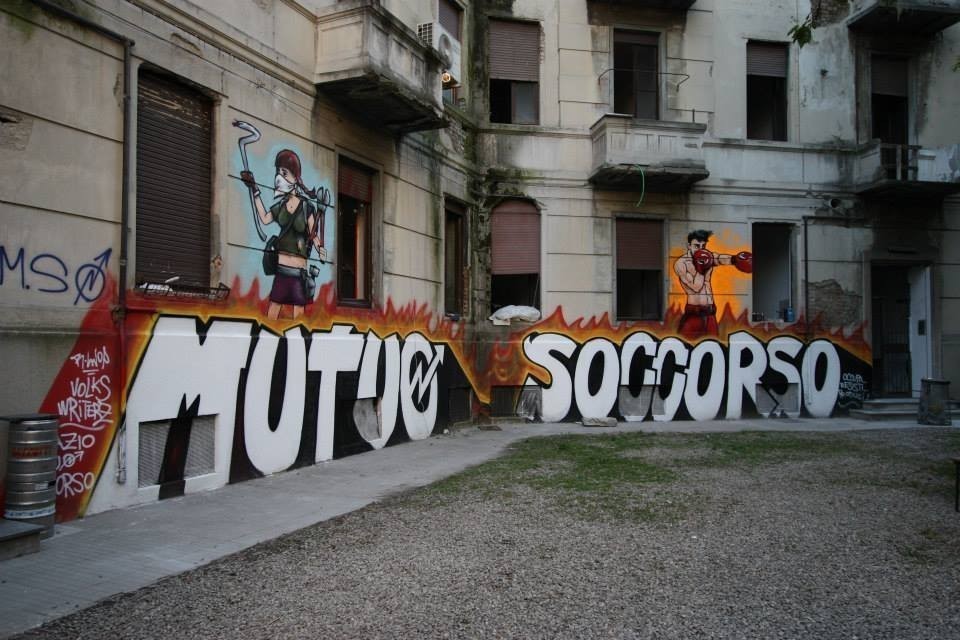 In spite of those who speak emptyly of real estate speculation, but remain substantially indifferent to the phenomenon, since 2013 in Milan there is a space that has been occupied not only for cultural purposes, not only to offer young people alternatives to mainstream communication, to the mercantile logic of the system, but to provide housing for families in need, in a city full of spaces artificially kept empty by Real Estate to drug the housing demand.
The Spazio di Mutuo Soccorso was not born, however, as a spontaneous occupation born of pure desperation, but in a precise political framework, after years of activity in the nearby C.S. Cantiere of Via Monterosa and cooperation between the inhabitants of the San Siro district. Here there is a battle against liberalist urban policies, not pure squat. And around the house bookshops, popular universities, gyms, places for children and culture have sprung up. Inhabiting is living, but critically.

Concerts
Ad could not be loaded.
SMS-Spazio Mutuo Soccorso