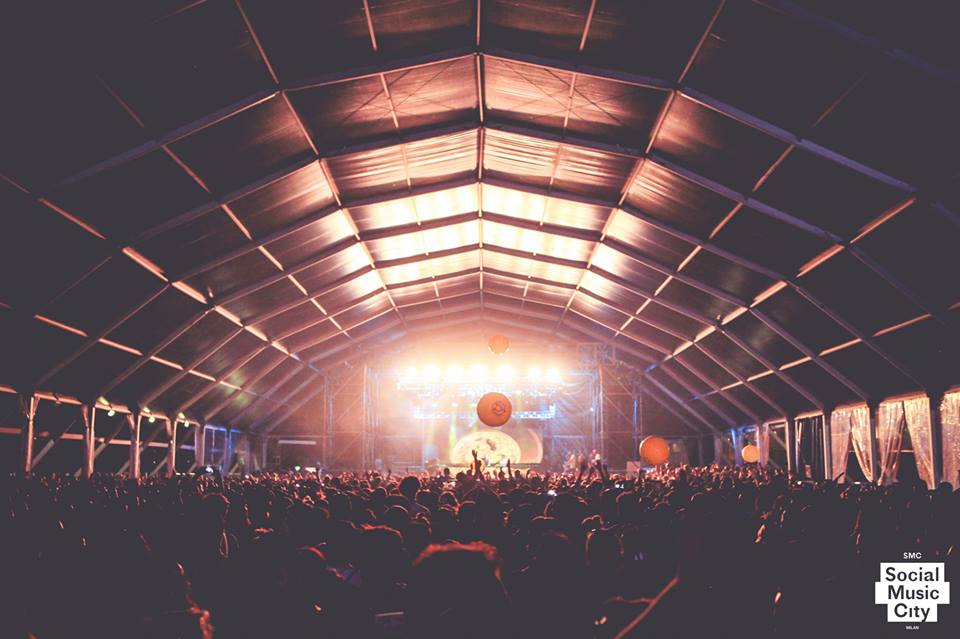 From the 4 crew network of promoters for the Milanese night (Intellighenzia Electronica, Amnesia Milano, Dude Club, Loud & Contact) was created a project aiming to the requalification of a part of the abandoned railway yard in Porta Romana (some trains are still passing through the working railways, while everyone asks where they go). This space can host until 13 thousand people (but from May to June it seems they counted more than 35 thousand presences). They are young, very young or not so young people, churlish and posers dancing in the open air or under a tensile structure, from the afternoon until midnight, which yearn for reaching the backstage or the privet room. The first episode of Social Music City was held in Fabbrica del Vapore, it was for free and gathered nearly 12 thousand people. A mess of people, but a nice experiment that already had its first attempt in Barcelona during the Sonar (thanks to the Loud & Contact’s staff), making it possible to realize this tensile structure in the railway yard of Porta Romana. Well done!

Via Bellezza 16/a, Milano

This Is Not Sanremo

Ad could not be loaded.
Social Music City