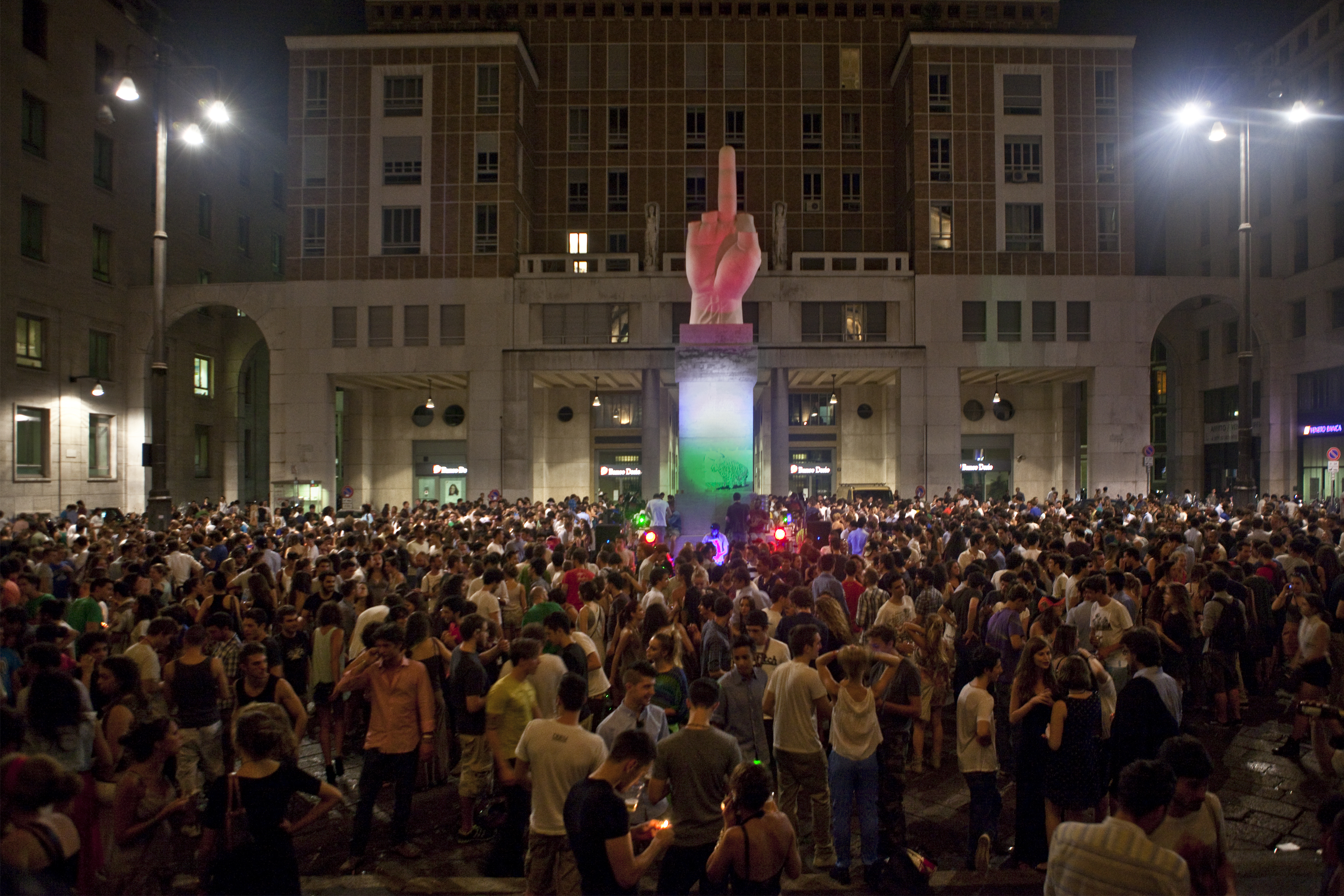 Until a few years ago, Piazza Affari was a sunny, hot and deserted fascist quadrilateral square, enclosed between the Stock Exchange (Palazzo Mezzanotte, built in 1932) and Emilio Lancia’s palace of 1939. Then Maurizio Cattelan arrives with his L.O.V.E. statue. (Libertà-Odio-Vendetta-Eternità/Freedom-Hate-Revenge-Eternity), known as the middle finger, with the timing that distinguishes it, curses to not only the ancient fasces, but also the contemporary ones of finance (the statue dates back to 2010, when the crisis had then appeared in all its splendour and even the most incredulous had understood that this global order had little to do with freedom) out. The swollen veins of the severed hand gave the square a new worldly allure, attracting shows, design, screenings, parades and tourists to a place of spectral charm.

The beautiful squares of Milan

Exhibitions
Ad could not be loaded.
Piazza Affari - the finger of Cattelan L.O.V.E.