Categories Museums and Galleries Other spaces 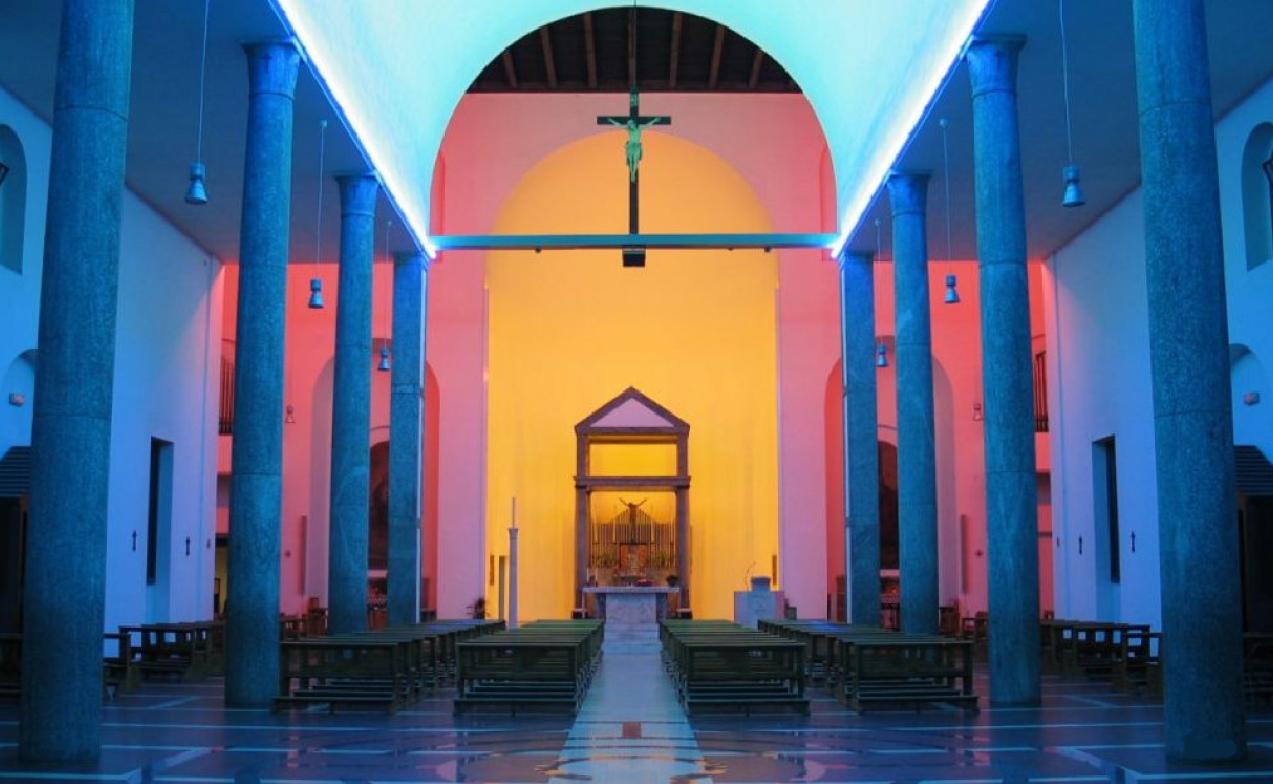 Giovanni Muzio, the architect of the famous Ca’ Brüta, is not one of the most beloved architects of that time, yet he gave the city a much stronger imprint than is normally perceived.

The Church of Santa Maria Annunciata in Chiesa Rossa, completed in 1932, is one of his most successful works because it was the subject of a site specific intervention by Dan Flavin: a neon system that illuminates the entire church in green, blue, pink, golden and ultraviolet light. The chromatic succession of the treatment of the nave, transept and apse suggests the progression of a lived day, from dawn to dusk.

A work that was made possible by the joint action of the Reverend Giulio Greco, who in 1996, the year Flavin died, invited him to design a project for the church, and the Prada Foundation, which the following year, on the occasion of a major retrospective of the artist, undertook to create the work together with the Dia Center for the Arts from New York and the Dan Flavin Estate.

A Muzio Rock, in short, that must be seen on a winter afternoon.

Tales from the Inside_Out: the Look Through