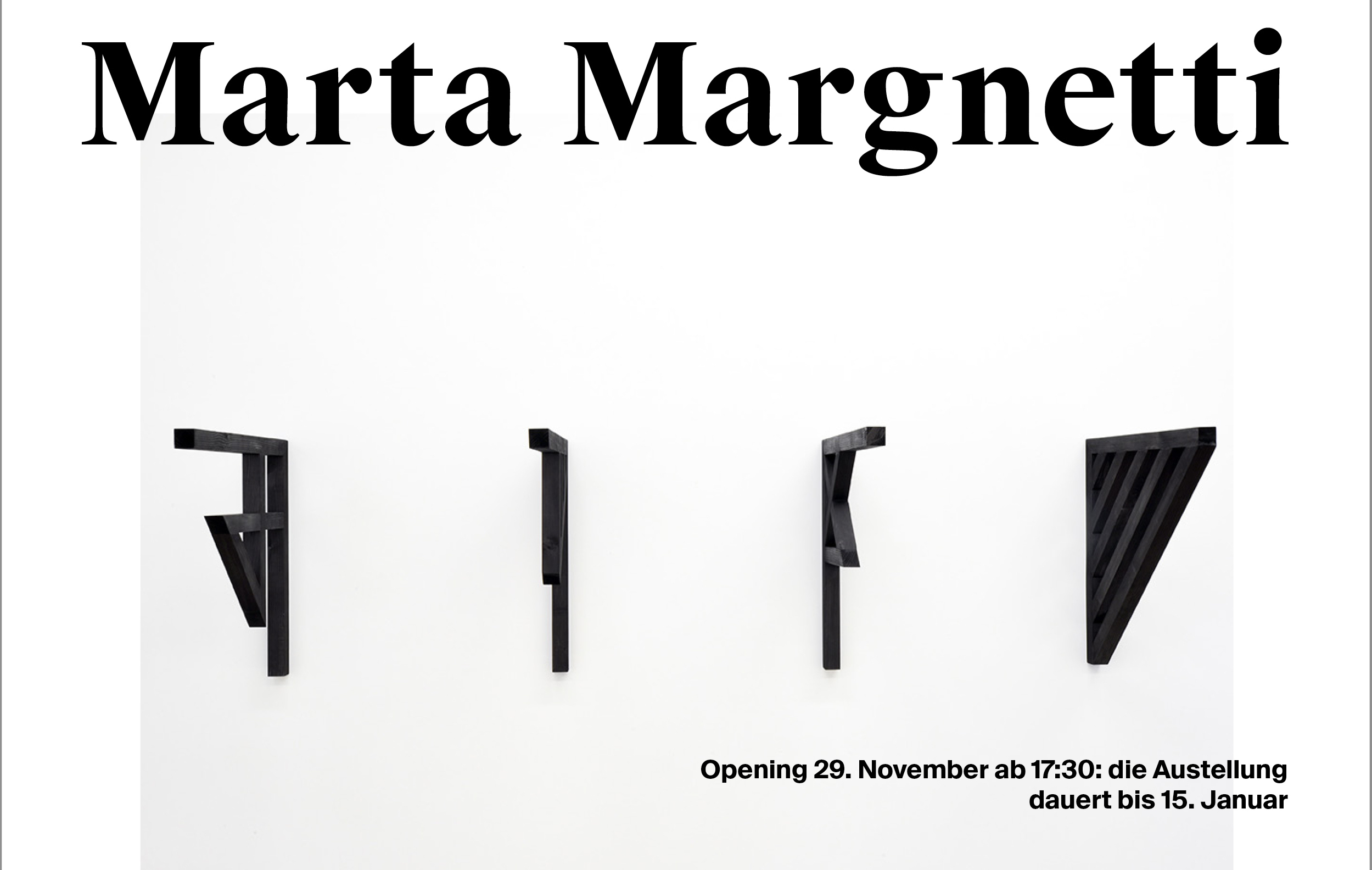 Marta Margnetti practice is fostered by a strong interest towards the intersection of applied arts, design and artisanry. The techniques include installation, sculpture, appropriation, printmaking and performance. The works often dialogue with their surrounding architecture. The modularity of forms is reminiscent of minimalism. Nonetheless, the perfection of geometry is constantly measured with a firm artisanal technique and the slight accidents of arbitrariness it entails. In this way, her works are suspended between the culture of do-it-yourself and the everyday aesthetics of modern industrial design, which brought abstract formal language of modernism to the masses in the first place. Her approach stands at the threshold between the control and the decontrol of a technique, leaving space and time to accidents, errors and seeks to find a balance between defined and possible forms. Margnetti seeks to conceive her works as objects of experience and thereby make them more accessible to the viewer. The physical interaction of the public with the artwork is a central concern to her. Marta Margnetti (1989) lives and works in Lugano.

The Roads Not Taken