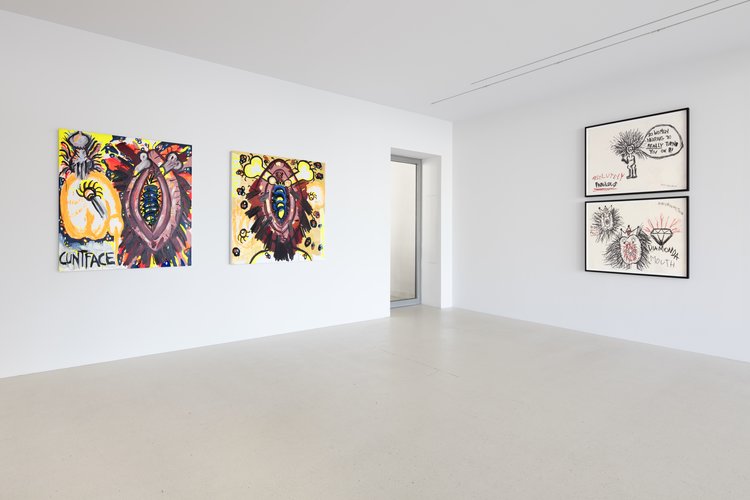 Since graduating from Yale in 1967, Judith Bernstein has developed a reputation as one of the most unwaveringly provocative artists of her generation. Steadfast in her cultural, political and social critique for over 50 years, Bernstein surged into art world prominence in the early 1970’s with her monumental charcoal drawings of penis-screw hybrids; early incarnations of which were exhibited at Air Gallery, Brooks Jackson Iolas Gallery, Brooklyn Museum, and Moma P.S.1, among other institutions. In reviewing Bernstein’s 2012-13 solo exhibition at the New Museum in NY, Ken Johnson, critic at The New York Times, referred to these works as “bravura performances of draftsmanship” and “masterpieces of feminine protest”.

Bernstein is represented by Paul Kasmin Gallery, the Box LA, and Karma International. Judith is a 2016 Guggenheim fellowship award recipient; she lives and works in New York city.

The Roads Not Taken