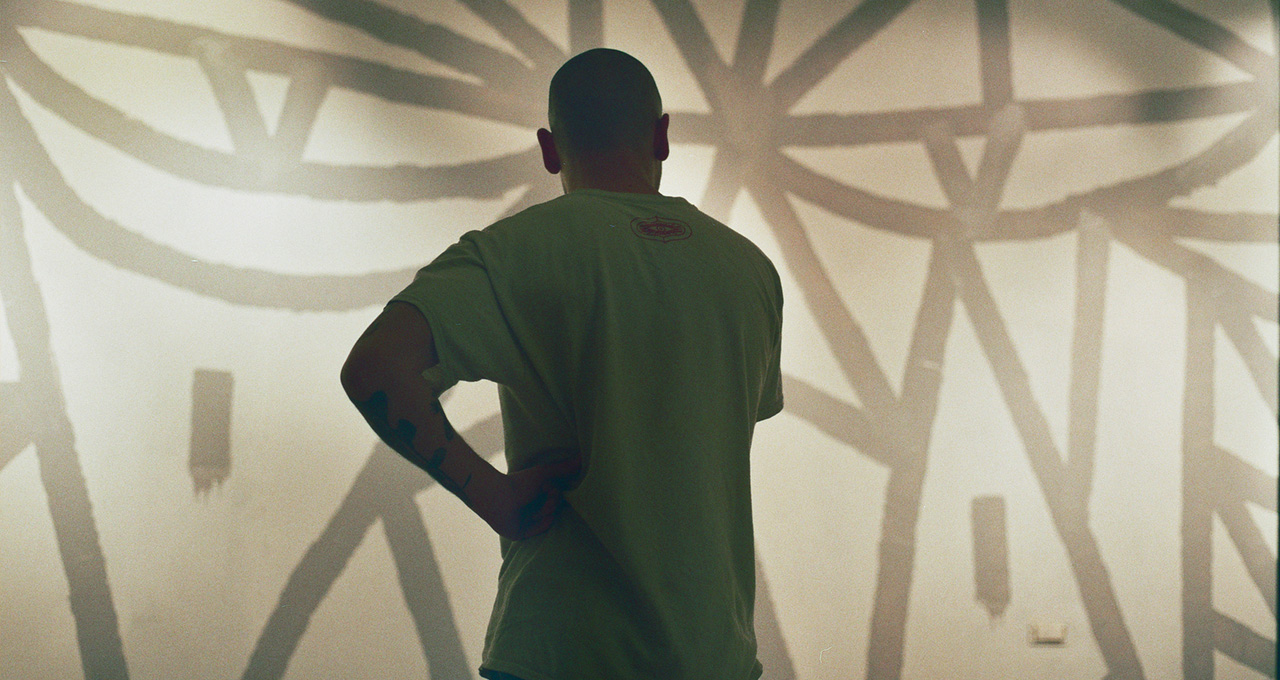 Solomostry is an Italian artist, who joined the graffiti movement in the year 2000 in Milan, he was only 14 years old. At that time Milan’s underground was covered by wild style graffiti on walls and panels as well as tags. He was immediately fascinated by it. In his beginnings he was part of three different crews and practised graffiti writing for the following five years.

When he started to collaborated, as a scenographer, for techno parties in clubs, he realized that graffiti writing was not a suitable topic for his artistic expression. He began creating a character who would come alive at these techno parties in the Milan club scene – SOLOMOSTRY. The artist started to design his first big monsters in the back of the stage, overlooking the dancing crowd until the first lights of the morning. A monster born in the darkness and sound of loud techno music.

Solomostry in Italian means “only monsters”. A monochrome monster composed of lines with imposing and staring eyes. Solomostry is not only the main character of the artist’s art works but also his alias. Meanwhile Solomostry graduated in Graphic Design & Art Direction
and works in his studio in Milan.

In Solomosty’s artistic practice the streets represent the place where he discovered a unique form of art as well as a kind of playground where he dares new techniques, tools and ideas without any rules. Freedom in the streets means a lot to him. Whereas in the studio he reflects and digests what he just experienced in the streets and tries to implement and manifest it his studio-based paintings.

Solomostry’s draws his inspiration from really everything that attracts his attention. He is inspired by the streets itself, its inhabitants, friends, loved-ones and rivals. He is convinced that, traveling but also information and sensory experience are the source of inspiration – always being continuous.