English stand-up out of Switzerland 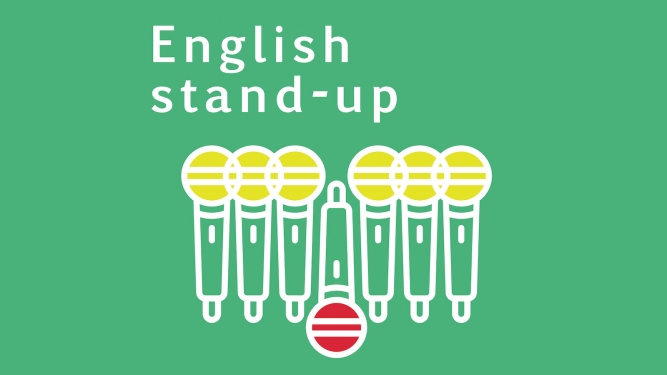 5 comedians, 15 minutes each. A delightful host.
An unmissable night of English stand-up from Switzerland’s most exciting new expat comedy talent.

Ahmet Bilge Cetinkaya – Born in Turkey. Grew up in the US. Getting comfortable in Switzerland. Ahmet Bilge is a young comedian who’s performance ranges from observational to outright silly.

Benjamin Delahaye – Benjamin was born in France. While not cutting heads off royalties or inventing a vaccine against rabies, he performs comedy around the world and publishes children’s books on Kindle.

Chris Darwa – Cutting his teeth on the open mic circuit of London in 2013, Chris Darwa has since performed stand up across Europe, America and Australia and was a speaker at TEDx Basel in 2016. He works as a professional actor, comedian and writer, based in Zurich.

Jane Mumford – born and raised in Switzerland under the heavy influence of british TV, cartoonist and comedian Jane Mumford’s main goal in life is to find practical solutions to complex issues such as voting, dating, and how to make your own sushi.

Nadia Negm – An Egyptian girl who’s grown up all over the globe. Accidentally became an athlete at the age of 14 and participated at the Olympic Games in 2016 as a result.

Sergei Myakishev – Russian-born, USA-raised, Geneva-based comic making the rounds for the last several years. When not making crude existential jokes, he writes about energy and tries to make sense of being a divorced father.