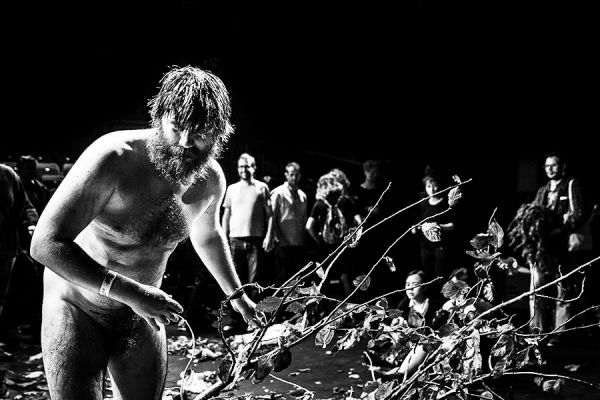 The performance project «Weird Séance» by Daniel Oliver is a series of raucous, deconstructionist, and roughly layered participatory performances about participatory performance. Each performance is haphazardly crowbarred into its site and context − rejigged, added to, undone and perverted.
We are in the future looking back on the traumatic incident that occurred right here, in this space, during Daniel’s show. Returning to the site to partially reconstruct the tragic performance, to discuss blame, and to attempt to make amends with those who survived.
Daniel Oliver revisits a participatory performance in which, due to a calamitous attempt to contact the spirits of the passed, many audience members died.
For his show at Cabaret Voltaire he will develop a new «Weird Séance», which will emerge from a fearless embracing of his dyspraxia.