Vanya and Sonia and Masha and Spike 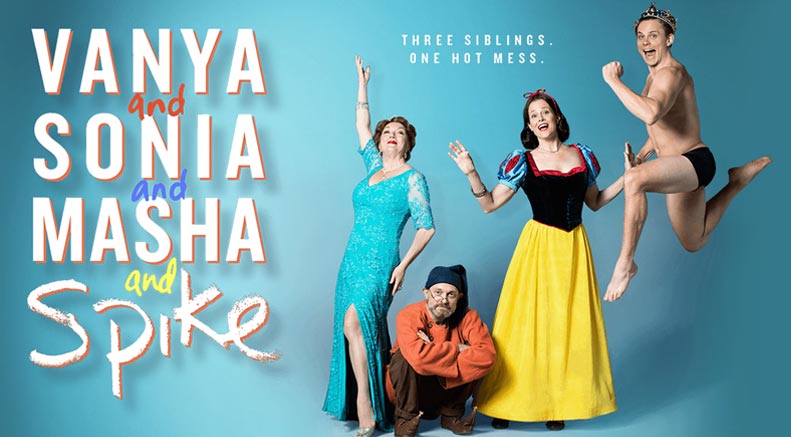 Description – Deliciciously madcap and entertaining with breezy wit and satricial bite.
Nominated for six Tony Awards and winner of the Tony for Best Play and the New York Drama Critics Circle Award for Best Production, as well as many other awards, Vanya and Sonia and Masha and Spike is one of the most lauded and beloved Broadway plays of recent years. Vanya and his adopted sister Sonia live a quiet life in the Pennsylvania farmhouse where they grew up, but their peace is disturbed when their movie star sister, Masha, returns unannounced with her hot young boyfriend, Spike amid threats to sell the house. Also on the scene are sassy maid Cassandra, who can predict the future, and a lovely young aspiring actress named Nina, whose presence irritates the imperious Masha.
A weekend of rivalry, regret and raucousness begins! If you long to see a classic stage comedy with a twist of Durang-style absurdist humor, you will definitely enjoy spending an evening with Vanya and Sonia and Masha and Spike.