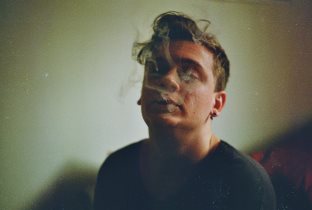 “Disco Time, smoking light under trance ‘n’ getting kissing” starts “Disco Illusion”, the Stephen Encinas track I’m playing to get in the mood. The phone rings, “Come on Tommi, I’m downstairs waiting for you.” It’s Beppe Loda, the legendary Typhoon DJ. He’s over 60 on paper, but he’ll always be “good old Beppe” to us. He shows up on special occasions and today is one of them: first an outdoor session at Porta Volta and then onto the Temple of the Lost Future for the two-part party by Anna Molly, the mysterious organiser whose identity remains a secret. Obviously that’s terribly intriguing but we’re going for the irresistible disco music. That’s what the whole night’s about, it’s the only kind of music – according to Anna Molly – that “really gets people going”.

Tonight’s guest is Joseph Russel, originally from Naples and now living in London, who’s got a few LPs out on Neapolitan Early Sounds Recordings. While the daytime sounds are sunnier and more carefree, Anna Molly’s influence at the Temple immediately creates a Studio 54 vibe: the strobe light illuminates the dancefloor with its typical robotic regularity and a series of mirror balls throw out beams of colour as smoke machines fill the space. I look at Beppe and he’s an open book: he’s drumming with his hands and swaying in time. The music has transported him back in time and he looks as young as I do. The night flies by and all our attempts to find Anna Molly are in vain but we’ve enjoyed some really good vibes and it’s a party that we won’t forget in a hurry.

Le Cannibale in the Skyscraper Garden