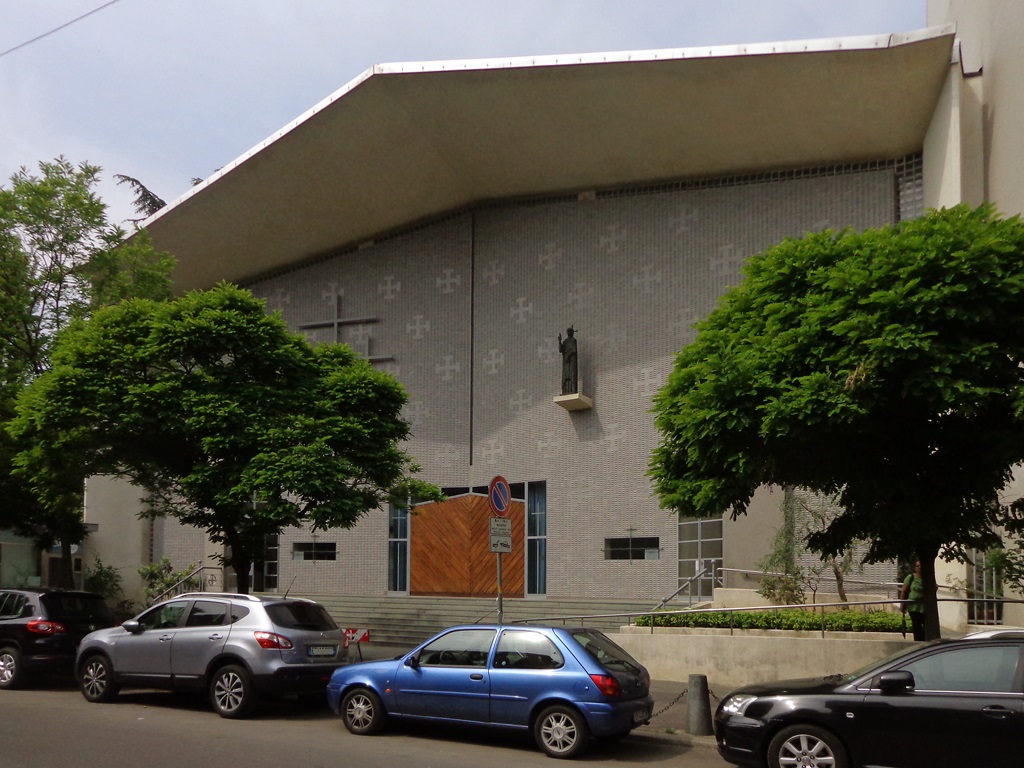 The pearl of Città Studi, the church of San Luca, projected by Gio Ponti in 1957, is beautiful with its facade of grey tiles and its overhanging roof. The entrance front is slightly tilted inwards, around a glass cut that marks the axis of symmetry of the elevation. The interior space is concentrated in a central nave with gabled roof and two side aisles, closed by a trapezoidal apse. There are two rows of concrete pillars with variable cross-section, left exposed, which widen up towards the structural node where the beams also converge. The natural light comes from numerous stained-glass windows – open along the sides of the church – and from the vertical slit marking the facade towards the churchyard, but above all from the thin glass-cement insert which, by visually separating the vertical surface from the cantilevered roof, produces a feeling of lightness similar to that of Le Corbusier’s Ronchamp chapel.

Tales from the Inside_Out: the Look Through