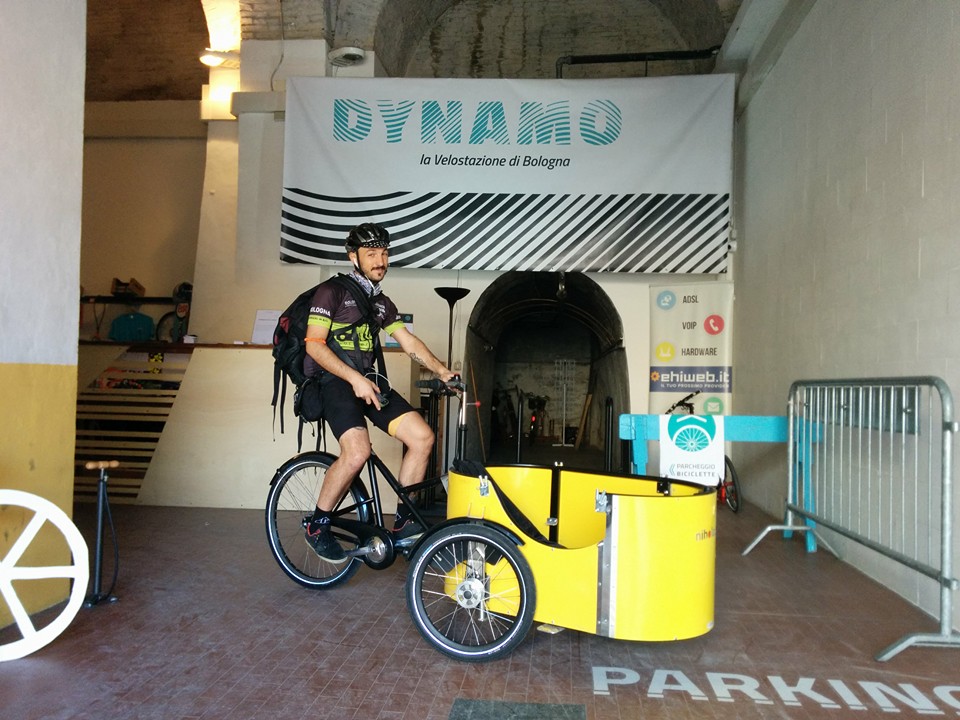 If you didn’t get your bike stolen in Bologna, it would mean you never had one. Everyone’s here experienced some crystalized moments in which that course about “anger control” you attended at high school, would result very useful. A person equipped with a little wisdom would never leave his bicycle at the Station for more than 24 hours. Nonetheless theft is the last damage a biker could bump into.

The Municipality is not making progress in leaps and bounds but at least is trying to improve the driveability. In September 2015 an orbital bike lane was finally accomplished : the path covers the road around the doorway. The opening of Dynamo, the first bike station in Bologna spurred things on. Dynamo will occupy the huge garage Pincio, which was re discovered by Xing Live Art Week and last year hosted an art installation by Romeo Castellucci.

The space is ruled by the Association Salvaiciclisti Bologna. They start from 200 spots, with the intention to cover 1200spots in the future. Dynamo is parking, workshop, bike tours and rent, bike delivery, bike cafè and it will even finance restoration process.

Via Galliera 49/B, Bologna

L'aperitivo in giardino a Bologna

Ad could not be loaded.
Dynamo - Velostazione