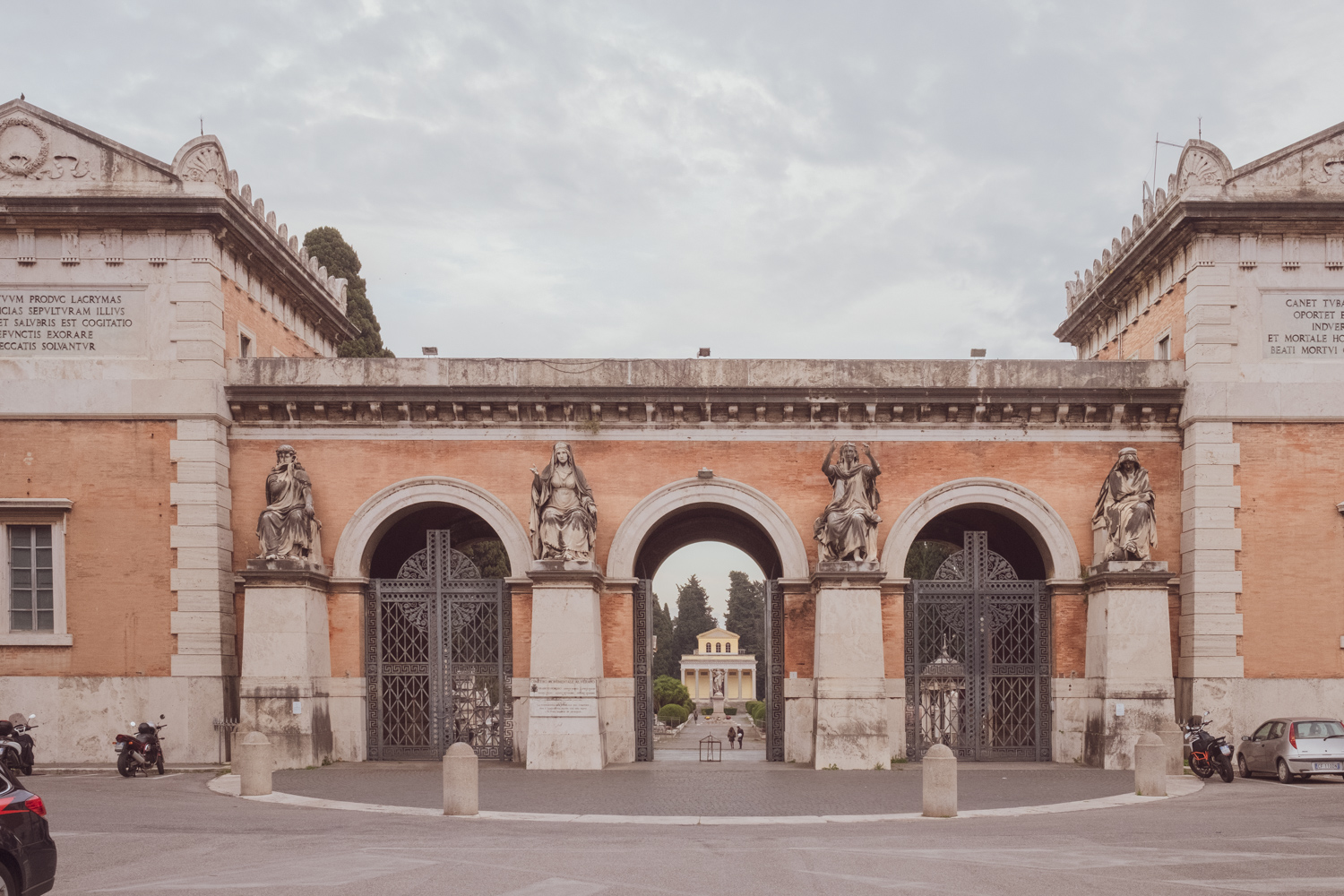 Verano is the main cemetery in Rome, it is public and monumental, furthermore this place results as an inextricable aspect of the collective imagination, in those particular cases in which roman citiziens, insomuch as kindly or not, evoking the afterlife, are wishing to other people to find in Verano a suitable accomodation. The area, in which it rises, has been assigned to burial for ages, as the Santa Ciriaca’ s catacomb testify, even the name has ancient origins, as it might came from Campo dei Verani, which was an aristocratic caste at the time of Roman Republic. Verano’s current shape has its roots in the XIX century, the original layout developed under Napoleon on a project by Giuseppe Valadier. Here are lying the most representative figures of the italian politics and cinema stars- from Andreotti to Togliatti, Vittorio de Sica, Manfredi, Gassman, Mastroianni, Mario Brega and the Corbucci’s. The price of burial recess has reach an insane rate, the same as a flat in Circeo.

Babilonia Teatri - "MULINOBIANCO. Back to the Green Future"

Cinema
Ad could not be loaded.
Verano Monumental Cemetery