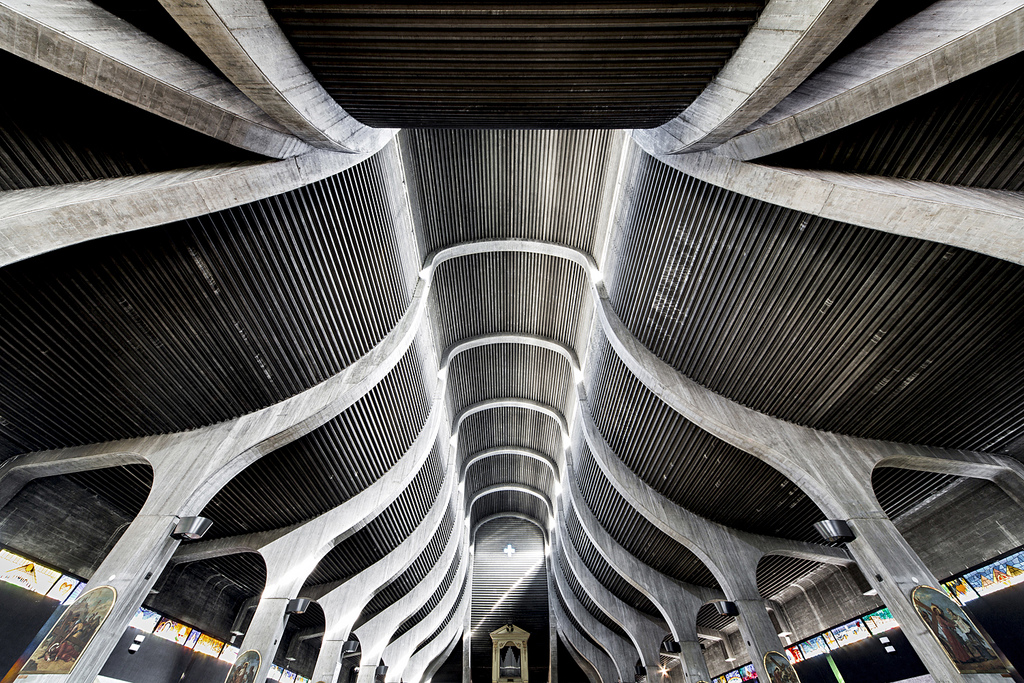 Built in the Forlanini district on a project by Ignazio Gardella in 1970, the church overlooks an elevated churchyard towards which also the main public buildings of the settlement face. The temple rests on a pedestal, which houses the parish and service rooms, and the invasion is divided into three naves. The fundamental element of Gardella’s project is the sail roof, which characterizes both the interior and exterior. The particular shape projected onto the city – clad in vercuivre, a material obtained by mixing tarred copper and rubber leaves – is in fact divided into six structural elements resting on curved reinforced concrete frames, which are also responsible for the spatial rhythm of the hall. The goblet shaped frames also emphasize the upward thrust of the nave, illuminated by horizontal slits at the foot of the last curve of the roof that remain hidden from the faithful gathered in the assembly. The same expedient is adopted to illuminate the side aisles, whose openings are transformed on the outside into a long horizontal cut that signals the detachment between the roof and the volume of the hall.