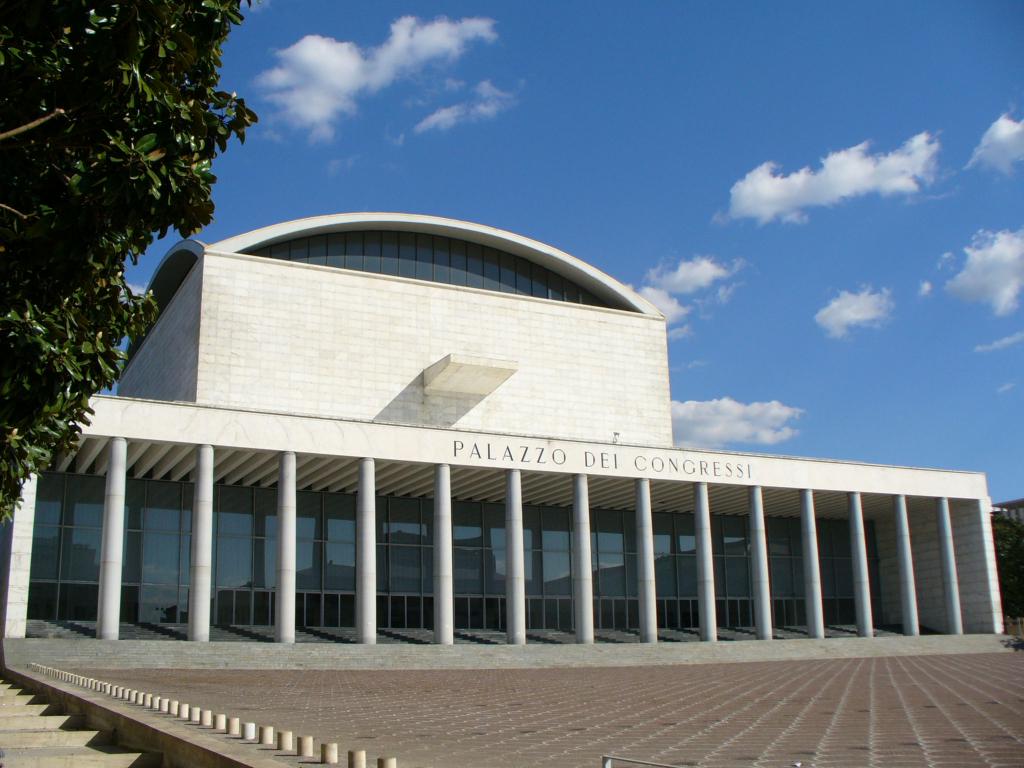 The Conventions building is one of the most celebrated and representative examples of Rational Architecture. Designed by Adalberto Libera, the construction started in 1938 and was completed in 1954, the burst of the Second World War has obviously lengthened the construction process. It was first intended as the main attraction of the World Fiery expected for 1942, which actually didn’t take place because of the war. Later, in 1960 on the occasion of Olympics the vast space was modified to host the competitions of fencing. The architect worked to make the space extremely representative, balancing the modern layout with a general classical taste, because of these features the building is one of the most admired examples of architecture worldwide. Beyond the ample rooms, made unique by the extremely wonderful marbles, the building is sorrounded by a spectacular 1085mq terrace, enhanced by a pensile garden and an open air theatre built by Carrara marble, with a 774mq stage destined to demonstrations. The building hosts artworks made by Italian ‘900 artists. This is the location of important international events.

Meeting
Ad could not be loaded.
Palazzo dei Congressi