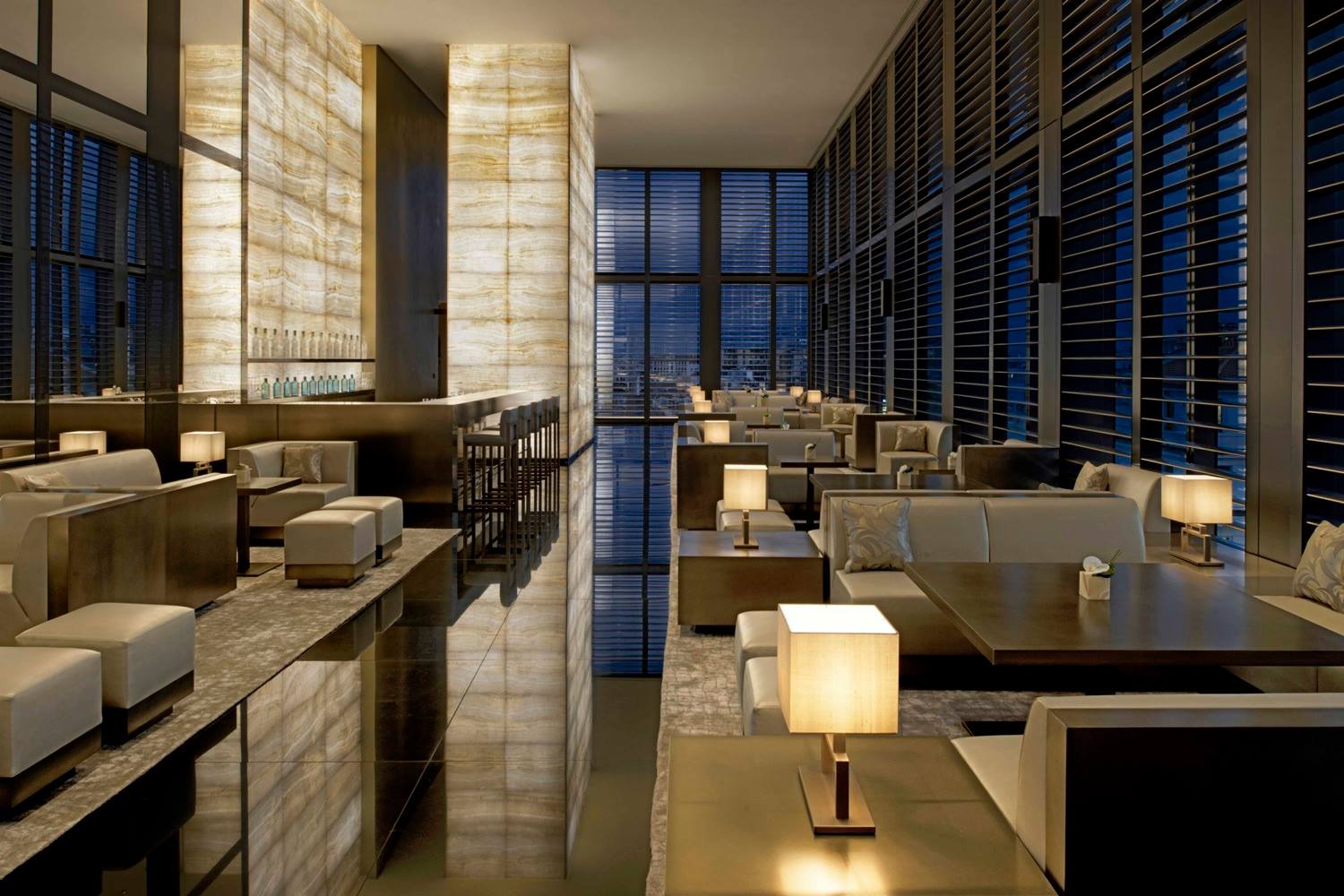 We run away from Nobu, turn the corner and it’s Bamboo right away. The hospitality is of the best: the receptionist calls us the elevator and in a moment we are on the top floor of Armani’s hotel. A shy and intriguing hostess is waiting for us – especially after having guessed the tattooed sign under the shoulder – who accompanies us to the table next to the counter. We sink into the enormous sofas of the host and take a look at the drink list, which between homages to Milanese drinking and reinterpretations of great classics that we like a lot. Nothing to do with Nobu downstairs, just to give a good example, and the quality of the cocktails is much higher too: while in the ground floor in cousin place the drinks are watered down, here the barman’s hand is honest, safe and professional. The attention in the room, on the other hand, is a bit less: the head barman has to intervene to bring us a bottle of Armani’s water (from Nuvolento, Brescia) with the cocktails, while the waiter asks if we like the drinks about three seconds after having brought them. Compared to Nobu, the clientele is also a bit different, a more adult thread in general, and more interested in relaxing and staying on the sidelines than looking for the approach, even if in the end it is just as full. And it is right like that, because it is night and even the Madunina winks at us, beyond the high windows. The bar empties and the waiters invite us to the Armani Privé, but we won’t go because we feel a bit uncomfortable thinking that it will be full of those people we just escaped from when we were at Nobu. It’s absolutely true, King George is inimitable: so banal as to seem a genius, or maybe the opposite is true.

Ad could not be loaded.
Armani/Bamboo Bar