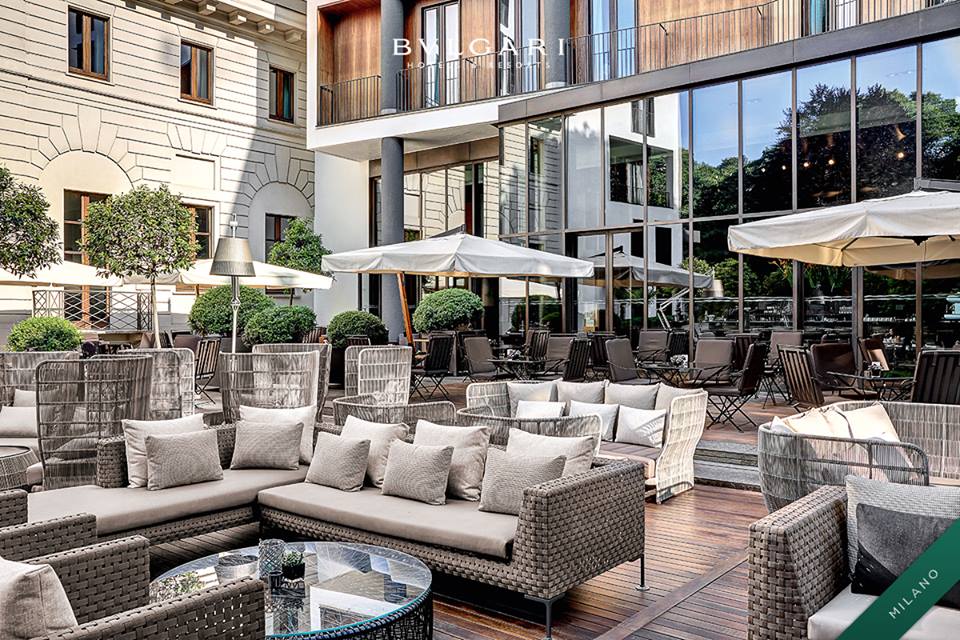 Unless you are a guest of the hotel, as far as the elegant garden is concerned, the rule of looking but not stepping on is valid, as long as you have no problem to book a table at the Dom Pèrignon bar and drink a bottle of 1969 (in which case invite me, please!). Without an imperial wallet, however, there are two ways to go. The first is shown to us by three young men at the entrance: “Let’s have a glass of white wine and, instead of going to a bad place, we sit at the tables in the middle of the beautiful sight. Taaac!” We opt for the second one, sitting at the counter and ordering two unforgettable Martini Cocktails (also for the price). The barman approves our choices and we spend our time talking about the cocktail list, impeccably divided between Classic, Martini selection, Unforgettable, Bulgari Bar specials (to tell the truth not so special, see St. Germain Spritz which they also make at the bar under the house, but it’s really the only one I would feel like doing) and Gin Tonic. Then a hotel guest arrives and orders a Cuba Libre: I swear on my Martini that the barman, while preparing it with extreme precision, would have preferred a knife in the side. It’s hard to say this, but this place is a real gem.

Food & Drinks
Ad could not be loaded.
Bulgari Bar