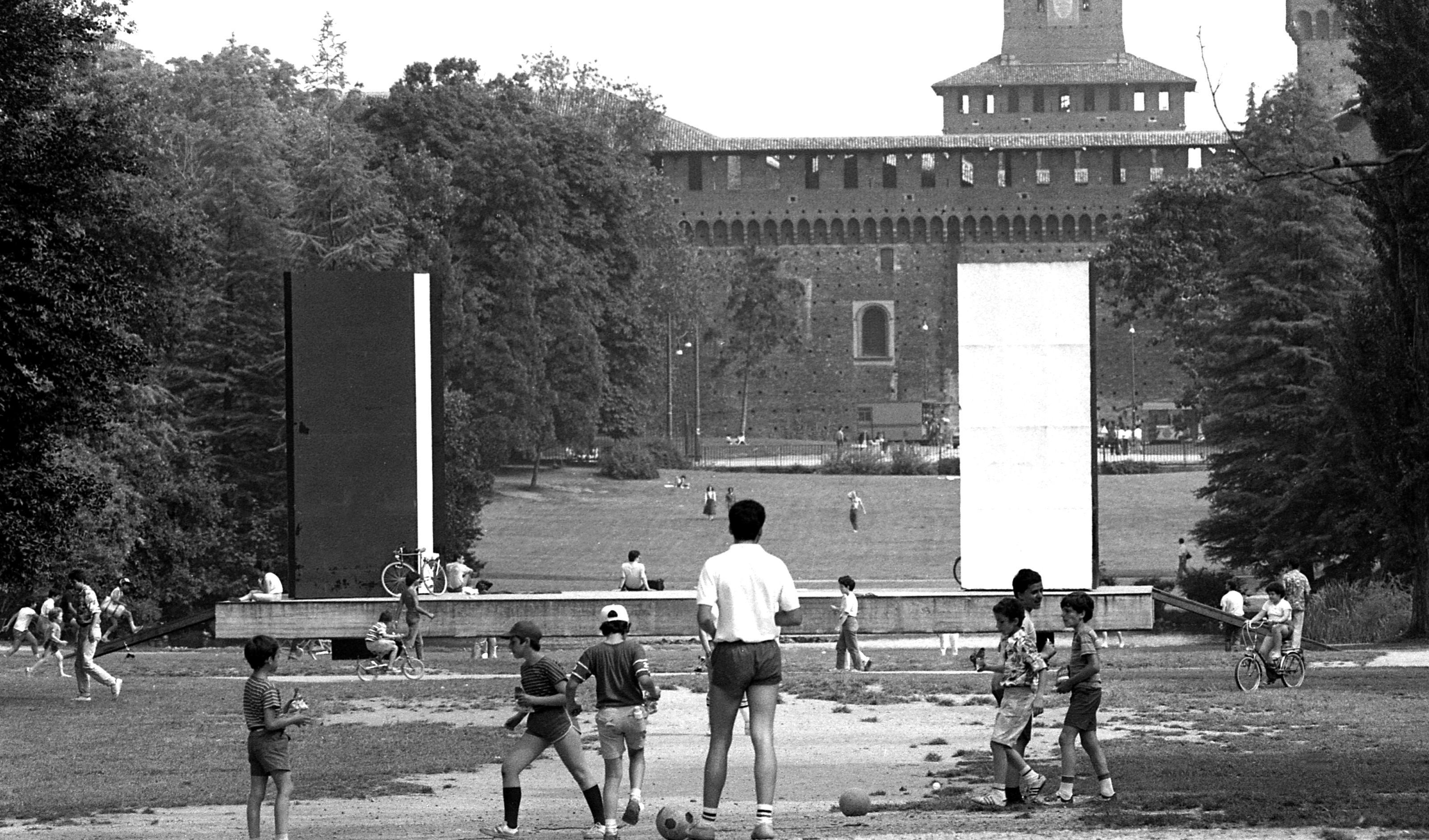 For Expo, after 25 years and on the occasion of the centenary of its designer Alberto Burri, this unusual open-air stage located in the Parco Sempione between the Arco della Pace and the Castello Sforzesco has been set up again.
The Teatro Continuo presents itself as a stage structure reduced to the essential, consisting of a platform raised from the ground and six rotating side wings painted white on one side and black on the other: a stage machine always prepared for use, both for artistic activities and performances, and for independent use by anyone. With this work Burri expressed his lively interest in theatre, extending the notion of the stage to urban space. Until 1989 the Teatro Continuo was part of a set of particular artistic and urbanistic value including Giorgio De Chirico’s “Bagni Misteriosi” and “Accumulazione Musicale e Seduta” by Arman, both dating back to the XV Triennale.
In fact, the Teatro Continuo appears as an upturned “C” in the middle of the lawn that frames the Castle on one side and the Arch on the other: the suggestion of a perspective, a very light and significant object. Nothing comparable to the oppressive commercial tents that obstruct the passage and the view continuously assembled and dismantled behind the Castle. And yet another committee of well-thinking citizens is even organizing a crowdfunding with the sole aim of bringing down the “havoc”. Examples of narrow-mindedness.