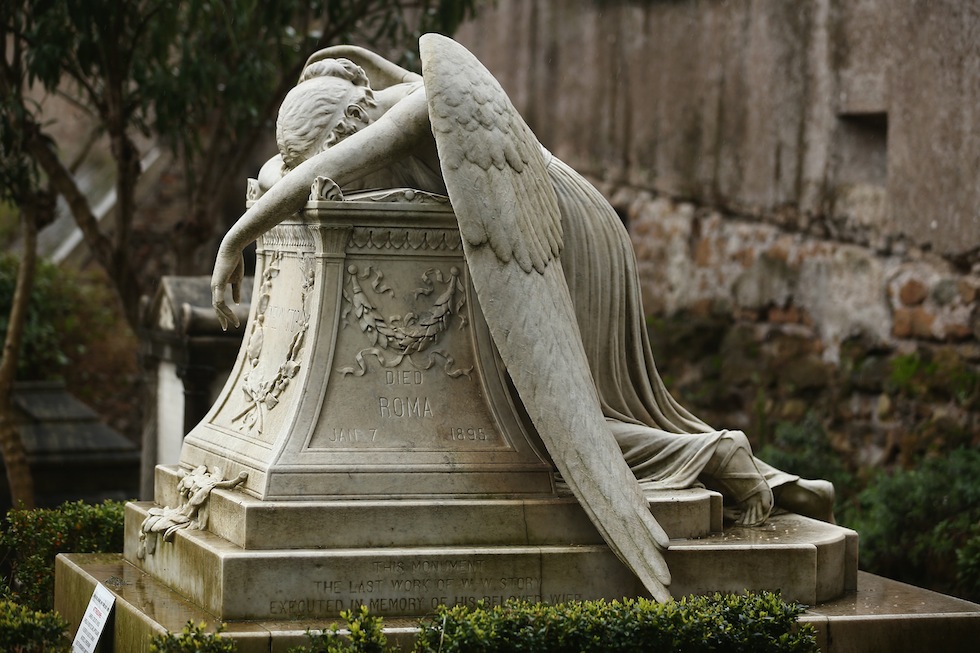 There was a time in which the Holy Land of Rome wasn’t circumscribed by St.Peter colonnade but broadly extended to the whole territory all around the ramparts. According to the Vatican Law, non-catholic people could be buried only outside the borders. The increasing number of Protestants called for the construction of a cemetery in order to give them a proper burial. Thanks to the consent of Pio VII, the project was finally completed near St. Peter’s door (Porta San Paolo), between Piramide and Testaccio. Although the opening ceremony took place in 1821, the miserable Sir Langton from Oxford has been living his “Six Feet Under” in solitary mood since 1738, perhaps waiting for his bridge companions. This spot was originally intended for English people and Protestants but soon it became the “poets’ and artists’ cemetery”, considered the traditional bitterness flowing among the clerical sphere and artists (you know artists: all blasphemous, lightly faggot and drug addicted). Here are lying John Keats, Percy Bysshe Shelley, Carlo Emilio Gadda, August Von Goethe e Antonio Gramsci. In front of William Wetmore Story’s “Angel of grief”, tears will naturally come, that is his last gift to humanity.

Via Giuseppe Giulietti 21A, Roma

Babilonia Teatri - "MULINOBIANCO. Back to the Green Future"

Cinema
Ad could not be loaded.
Un-catholic cemetery