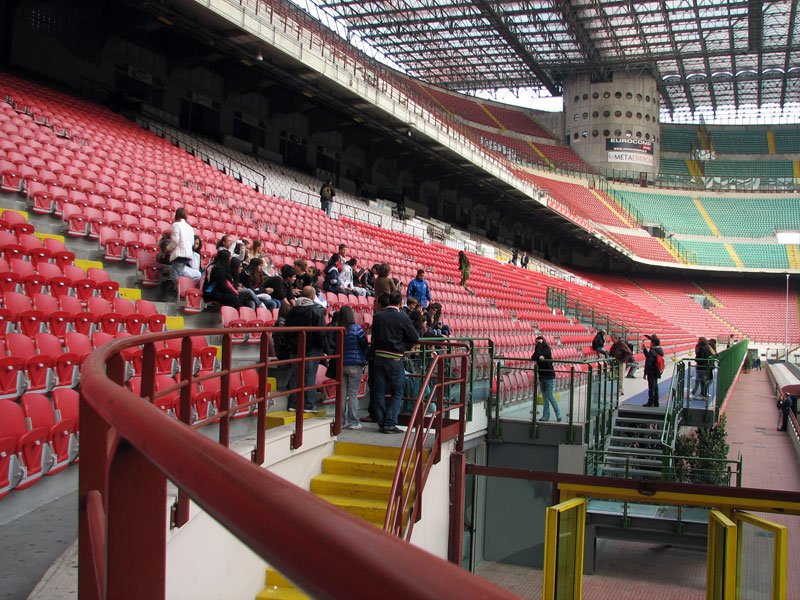 The news came as a surprise for us that live in Milan: the San Siro museum is the fourth place most visited in the city, more than Sforza Castle, simply put. How is that? I’ve never been there! It’s all due to foreigners, which are accustomed to have a sportive culture, and so they use to live the stadiums also outside the sportive events. Thinking of myself I’ve been at the stadium a hundred times at least, between concerts and matches, but I haven’t ever noticed that there was a museum. So, like every curious (and regretful) Milanese citizen, I took the tram number 16 and get off in piazzale Moratti. Becca’s t-shirt is a work of art that only a heart in Nerazzurro can understand, while the history lover will like that t-shirt with the badge got dirty by the fascist emblem. But it’s the stadium tour that will remain in the visitors’ memory: seeing the desert gallery and field makes you feel little, in the same way in which the cheer makes you feel lively and in love. Visiting the locked room lend you unexpected secretes: do you know there are three of them? In the one of Milan players sit down on 18 personal armchairs made of skin; on the contrary that of Inter is a traditional one, with a joined bench without designed positions; the third one is for the guest teams. Go there, it’s worth a try! If the people of Milan start visiting it, it’ll be easy that there will be more ticket sold than those of the cathedral. No wonder about that: football is also a faith.