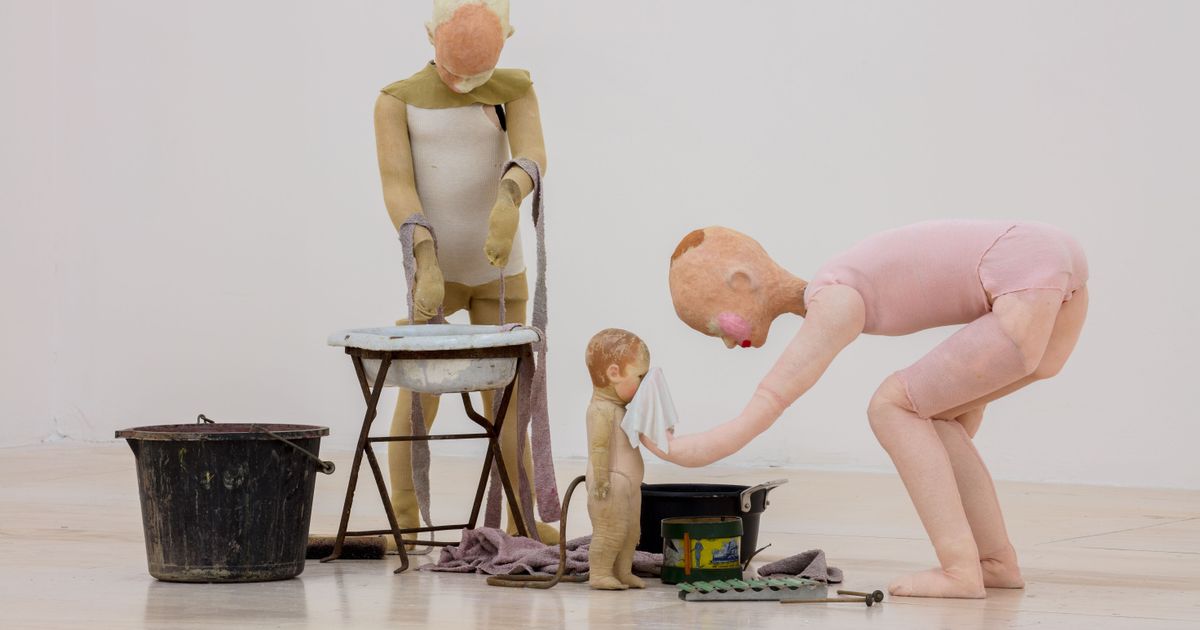 Cathy Wilkes’s installations (composed of objects and paintings) narrate stories with intimacy, but at the same time they have the ability to rise to universal questions. The protagonists of these staging are almost always human figures engaged in trivial situations of everyday life, but who refer precisely to great issues of existence such as birth, death, marriage or parenting. What is most striking about Wilkes’ representations, which often leave the viewer with the feeling that something is out of his one’s understanding, is probably the alienating contrast between the naturalness of human expressions and gestures and the obviously artificial and deliberately precarious shape of the dolls-dummy who are performing them.