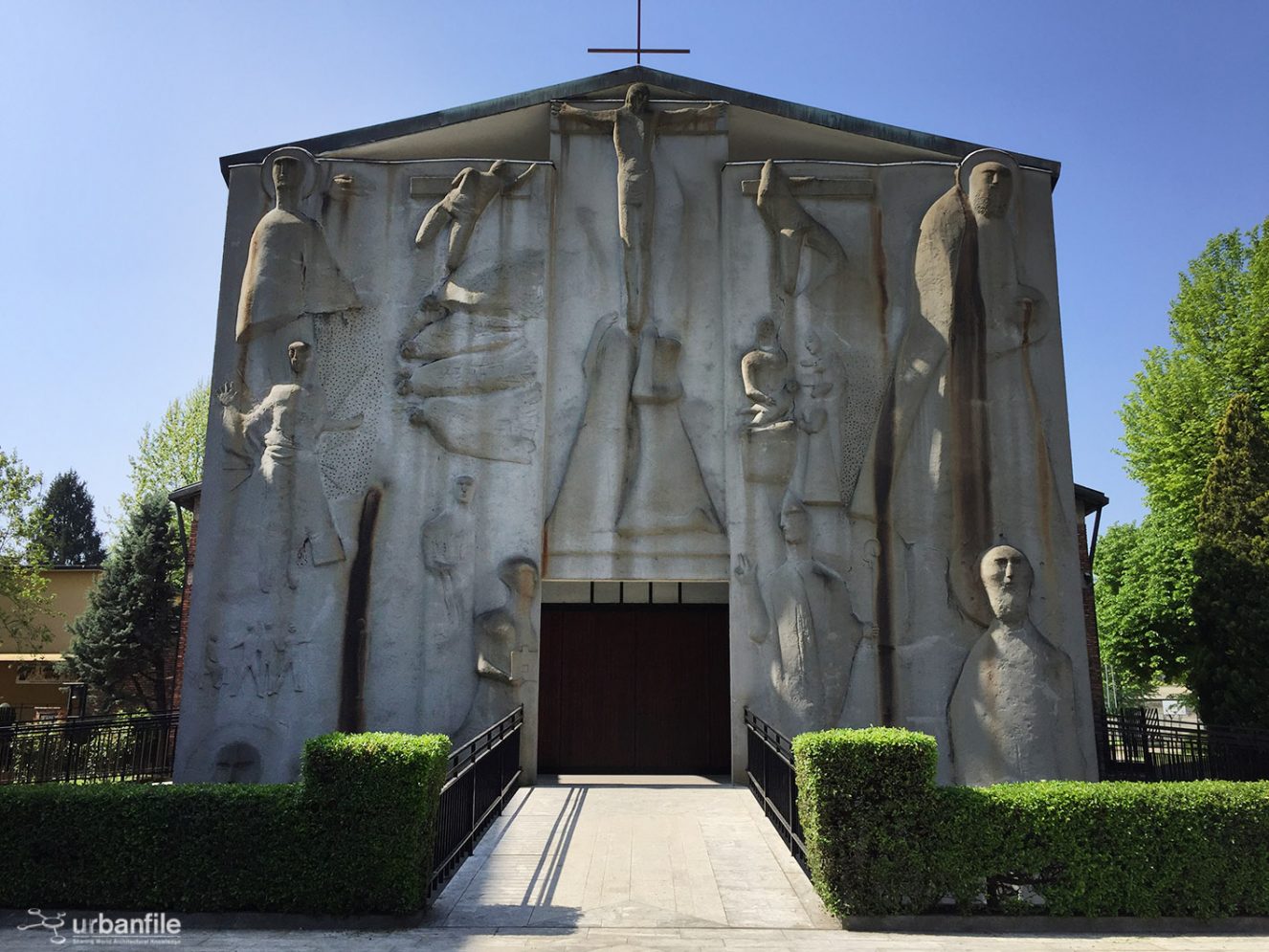 In the 20s a neo-gothic church was built in Via Salvator Rosa, much loved by the neighborhood, but the small size forced the curia to build another modern and larger church nearby, while the old one was finally demolished in 1971, not without remorse, especially for the residents of the neighborhood. The task was entrusted to Tedeschi. Of particular impact there is the reinforced concrete facade modelled with high relief figures sculpted on site by Carlo Ramous, for an area of 130 square metres.

This sort of gigantic panel is distanced from the masonry facade of the church, but is joined to the structure by four concrete beams and the roof pitches.

The interior, with a single hall, also looks like the exterior, covered with brick masonry tied together by a strip of reinforced concrete that runs along all the walls. The ceiling is formed by six lozenge trusses while the floor is a Latin cross. The light penetrates only through two windows placed on the walls of the transept; the completely glazed wall on the north side (built in the 80s), which, in addition to having a green pattern, overlooks the small garden of the oratory, is suggestive. The altar is illuminated by a splendid stained-glass window, hand-painted by Lindo Grassi and when illuminated by the sun, it creates a beautiful atmosphere. On the left there is a wooden Crucifix and a tabernacle on the right. A pity, perhaps, for the stained-glass window overlooking the portico, in simple opaque glass, which gives more the idea of a warehouse rather than a church.

The Hoxton apre a Roma