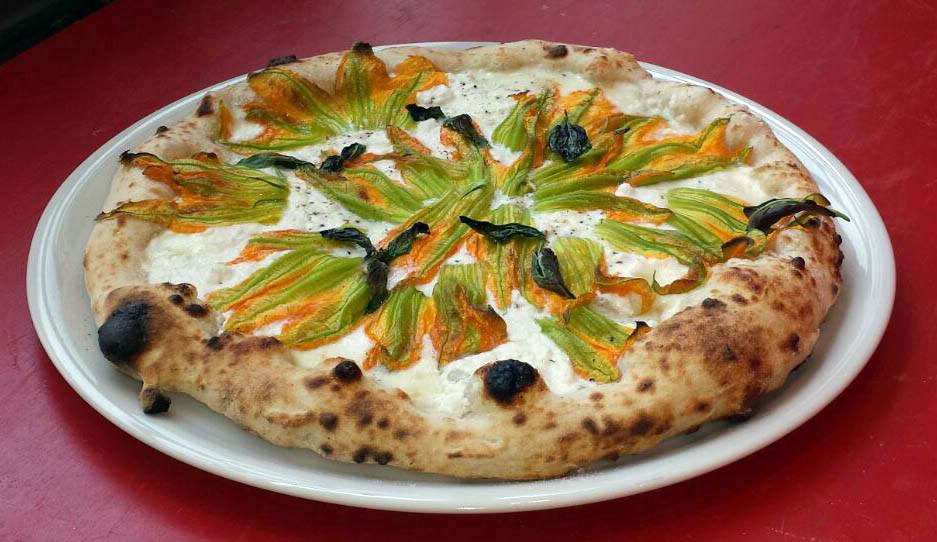 My colleagues from Turin have always told me: “In the city the best pizza is Gennaro Esposito‘s, don’t get confused!”. And every time we went to the capital of Turin, either for Club To Club, or for the unforgettable Daft Punk concert at the Parco della Pellerina, we were down in Santanastasia as if there was no tomorrow. But once back in Milan, goodbye Gennaro Esposito (we never understood who this Gennaro is). Until, in July 2015, the famous Neapolitan pizzeria in Turin opened a Milanese branch in the Porta Romana/Crocetta area. No need to (re-) say it, the pizza is very good and easily digestible. In addition to those on the list, new seasonal recipes are offered daily: such as calzone escarole and raisins, or chanterelle pizza. There are also some traditional Neapolitan dishes, such as pasta with clams, freselle, mussel sauté, sea bass, shrimps and desserts. Peaceful atmosphere, friendly staff and furnishings hanging between folklore and contemporaneity: like the glass tables with illustrations of Neapolitan grimaces in three languages (Neapolitan, but also Italian and English).

Food & Drinks
Ad could not be loaded.
Gennaro Esposito