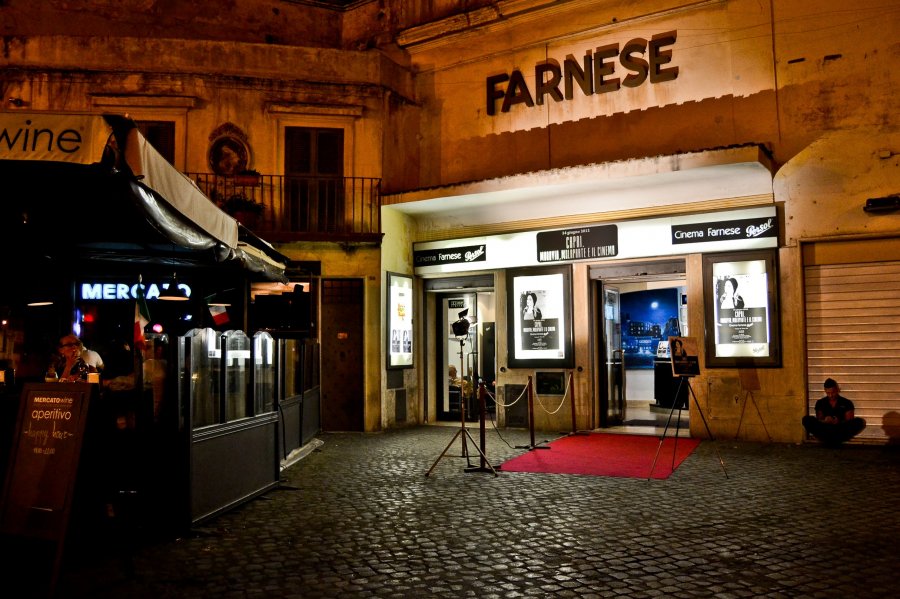 Farnese, a symbol of culture which established its fame on an exclusive schedule only "high quality movies" that was even the slogan of the advertisement poster. Most important, this is the place in which Pasolini and Moravia were used to meet, the place in which Cavallo Pazzo, a famous cultural provocateur, was arrested. In the sign’s book there’s a sweet dedication from a football genius: "Francesco Totti". Cinema Farnese is a banner of a “once upon a time Rome”, a remainder of beauty and romanticism, far away from touristic stuff.

Exhibitions
Ad could not be loaded.
Cinema Farnese Persol