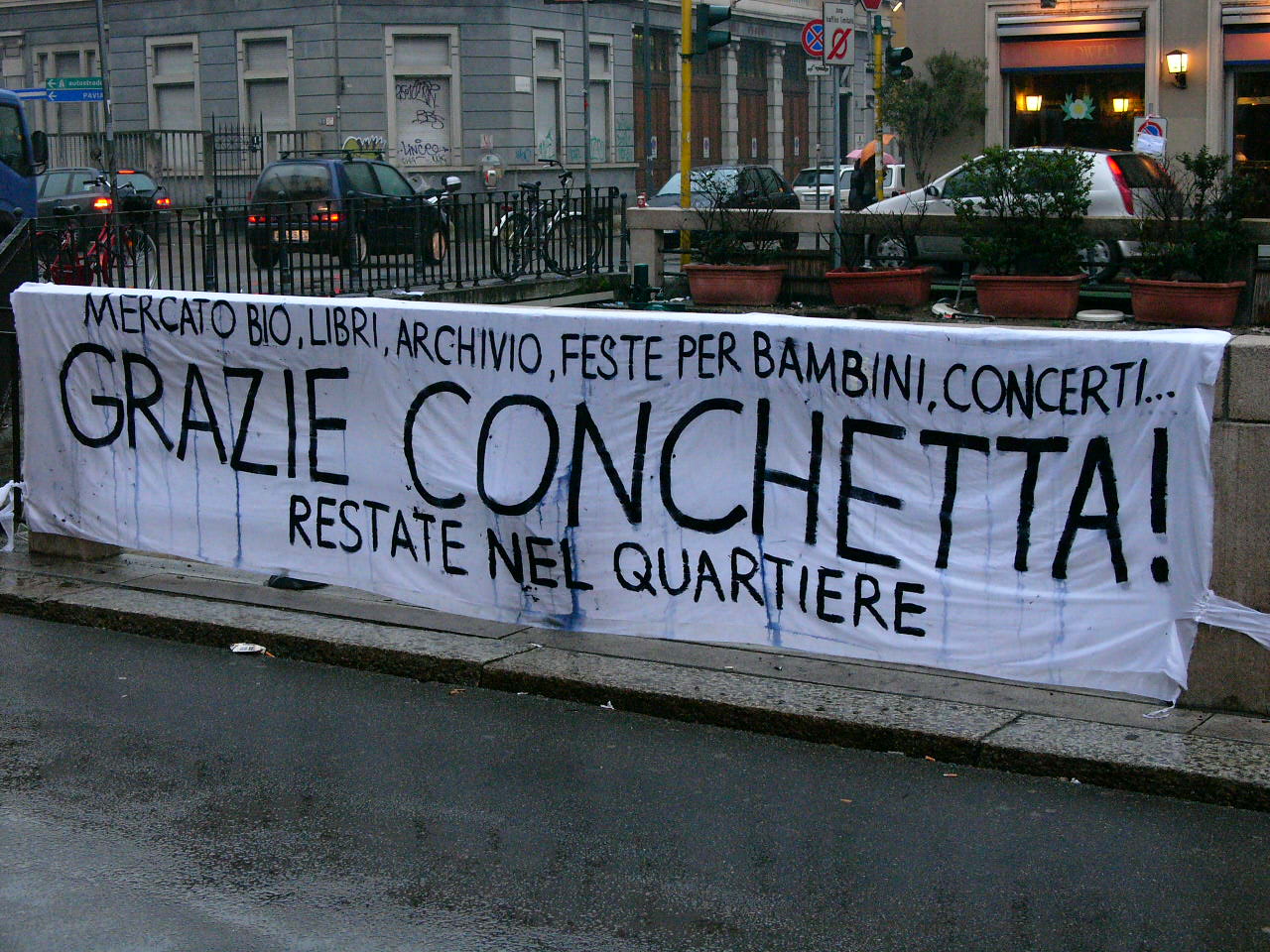 Guarded by Blu and Prof. Bad Trip’s graffiti, the courtyard of the Conchetta welcomes all those who pass by, from me to my mother, including kids who are amazed by the existence of social centers today, up to hipsters who think it’s fashionable. When it was evacuated by Moratti’s jokers in 2009, the city revolted to take back the most beloved space of the Milanese underground after less than 20 days. The Conchetta is always the Conchetta, no one can accuse it of Christian Democratship, ass selling or third parties. Here the most refined and dense culture manifests itself in all its forms, from poetry to music, but without ever abandoning the political sense. Here is the Primo Moroni archive, which has animated the place and the whole city – or at least its thinking part. Its history of occupations and evictions knows many oral and written forms, including the chronicle through images and videos published on the COX18 website and Marco Philopat‘s latest book, The Pirates of Navigli.

Its constant presence since 1976 in a district like Navigli represents the only open front against the commercialization and trivialization of the area: it is thanks to its resistant power that there are still two faces, two types of restaurants, bars, everything.

Clubbing
Ad could not be loaded.
Cox 18