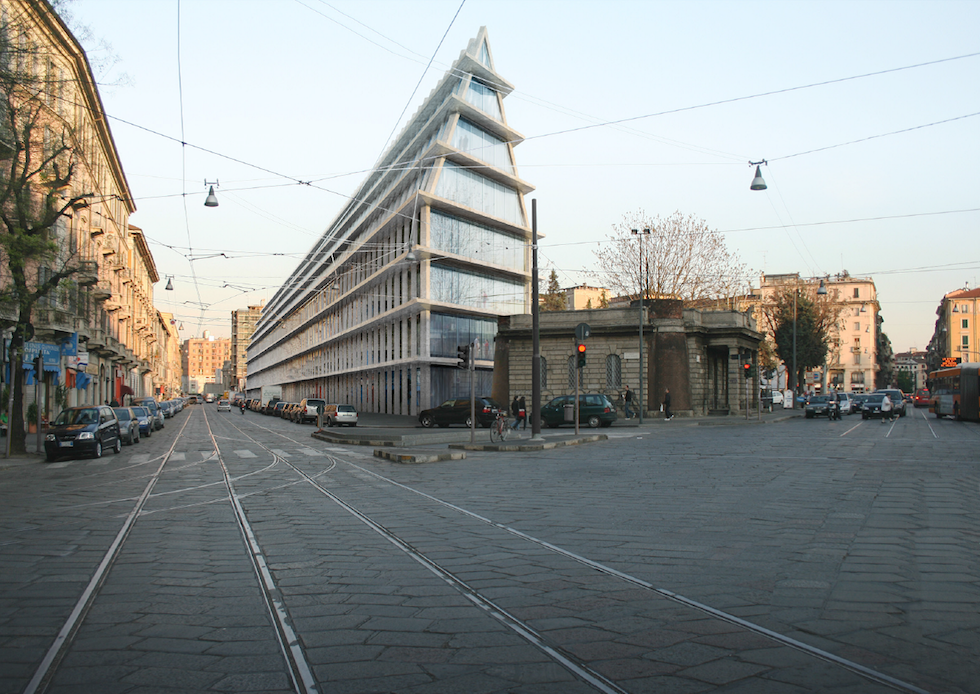 Inaugurated in December 2016 in Viale Pasubio 5, the new office of the Giangiacomo Feltrinelli Foundation is located within the largest Feltrinelli complex for Porta Volta (in the sense that more than half of the building is Microsoft branded). The signature is that of one of the most famous architectural firms in the world, the Swiss Herzog & de Meuron. After more than three years of construction and almost eight years since the initial concept, the new building hosts, in its three thousand six hundred square meters, not only the offices of the Foundation and its historical archives, but also the first Feltrinelli bookshop specialized in non-fiction with its cafeteria corner on the ground floor, a double height multifunctional space on the first floor and a large reading room on the top floor.
The Foundation’s spaces will be open to the public and will be animated by a series of events and meetings between readings, screenings and performances, all dedicated to the challenges on the themes of Citizenship, which the Foundation will be the spokesperson for in its next cultural and research paths.
The building is, they say, only the first step towards the construction of an agenda that concerns the research and development of issues such as the quality of individual life and coexistence between people.
The part of the building facing Piazza Baiamonti and Paolo Sarpi accommodates the Microsoft offices.

Meeting
Ad could not be loaded.
Fondazione Giangiacomo Feltrinelli