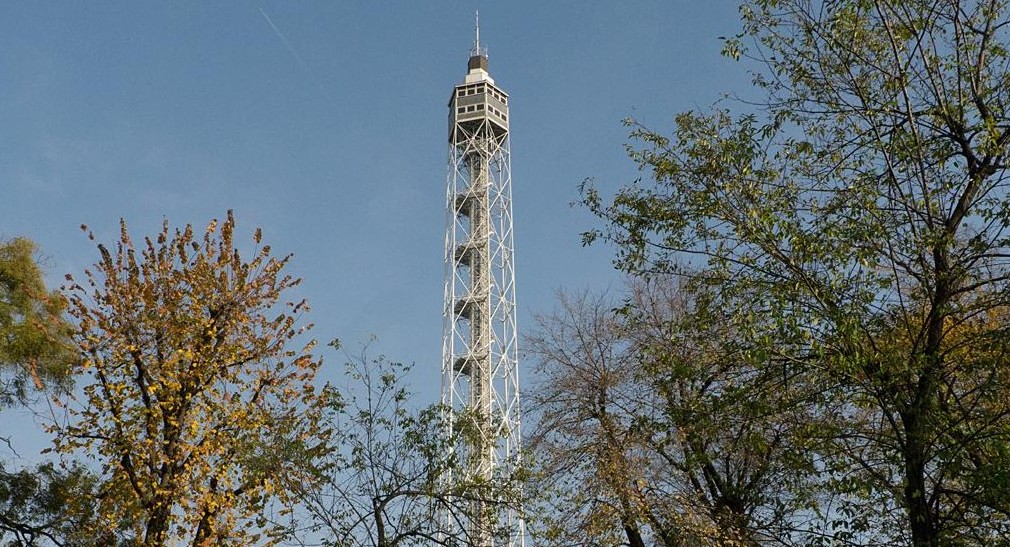 Ascending today the Torre del Parco, or Torre Littoria and after Torre Branca, in honour of the Branca family (yes, that of the distilleries) which renovated it in 1985, has an almost revolutionary feeling. Faced with the new Milanese skyline, marked by the eloquence of the high and shimmering architecture that in all its forms has changed the panorama of the city, choosing to turn your attention to this small architectural jewel means rediscovering the traces of a part of Milan’s history. The tower was one of the first attempts of the city to grow vertically, it was erected in 1933 according to a design by Gio Ponti in the Parco Sempione, on the occasion of the V Triennale. A light metal prism, 108.6 metres high, only one metre lower than the spire of the Madonnina of Duomo, which in Fascist times represented the maximum point within which building height was permitted.
After several decades of closure, it was reopened in recent years. An elevator leads to the top of the tower. The visit lasts only seven minutes, but if time permits, the view can flow over the whole city to the mountains, and the wind, when there is one, accompanies the slender structure with a gentle rocking.

Shows
Ad could not be loaded.
Torre Branca