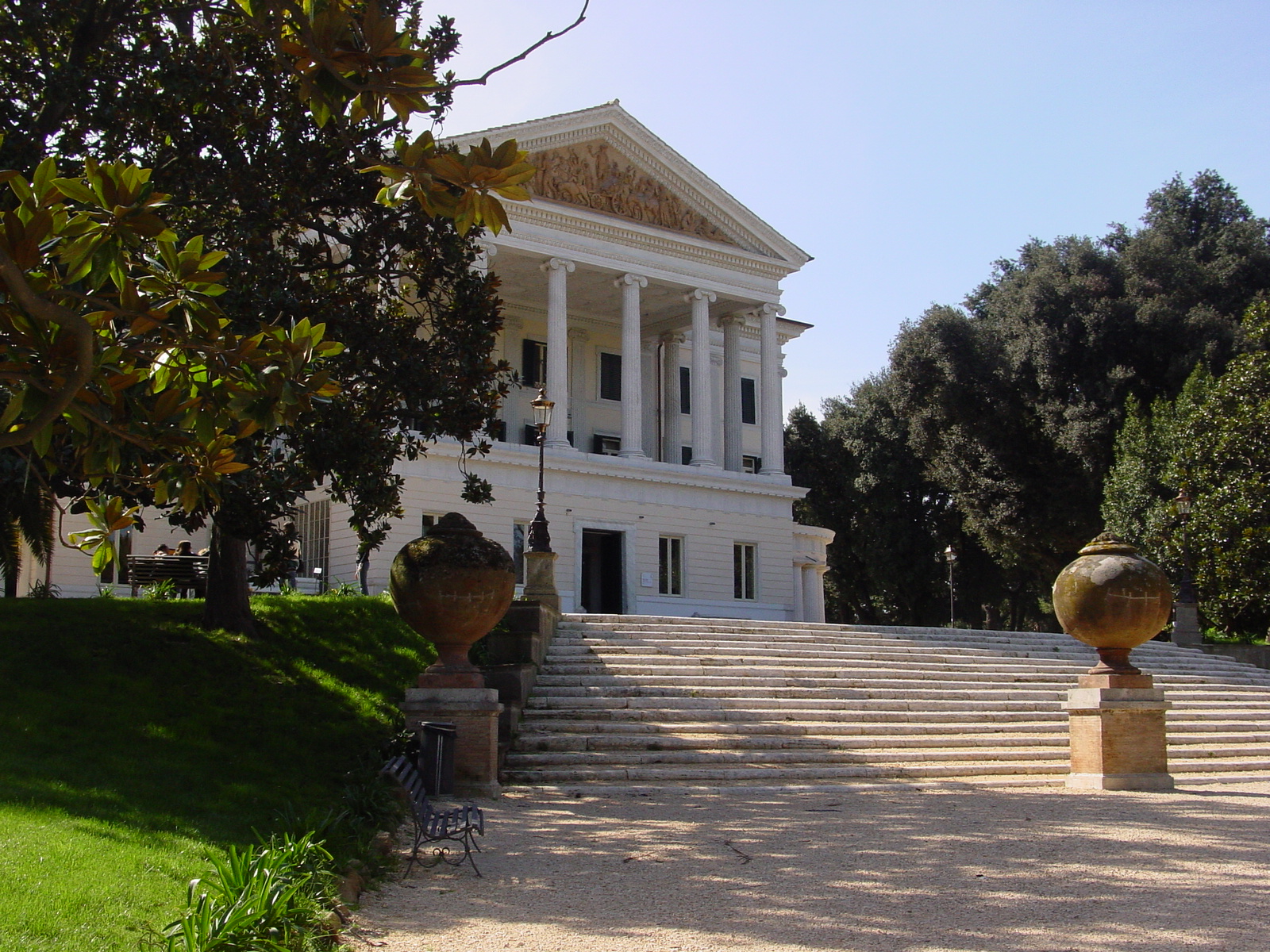 If only this wall could talk, they would narrate about everlasting parties, murderes and struggles for power. Here lived the most powerful families of Rome, starting from Pamphilj, who where responsible for its construction in the XVII century. Later it was owned by Colonna, until 1806 when it came in the hands of Giovanni Torlonia, who entrusted Valadier with the refurbishment. After this process, a stage of architectonic frenzy bursts forth, the villa was enriched with the so called Capanna Svizzera, an amphitheater, a coffee shop, copies of ruins, and two memorials obelisk for the anchestors (godness knows how they appreciated it). In the 20’s, it came to be the official residence of the Duce who, let himself get carried away by a flow of italiac humorism, paying less than one pound a year for rent. Just some years later he got the revelation to build underground bunkers while his faithful wife was taking care of the gardens. But finally a wind of change: 25th April, decline, renovation and birth of a museum complex, which was later opened to the public as the Scuola Romana in Casina Nobile, the Museum Vetrata in Casina delle Civette. The tour includes the halls, the mosaics, the cozy lake with red fishes. To get there you should face the terrible crossroads of Nomentana.

Exhibitions
Ad could not be loaded.
Villa Torlonia