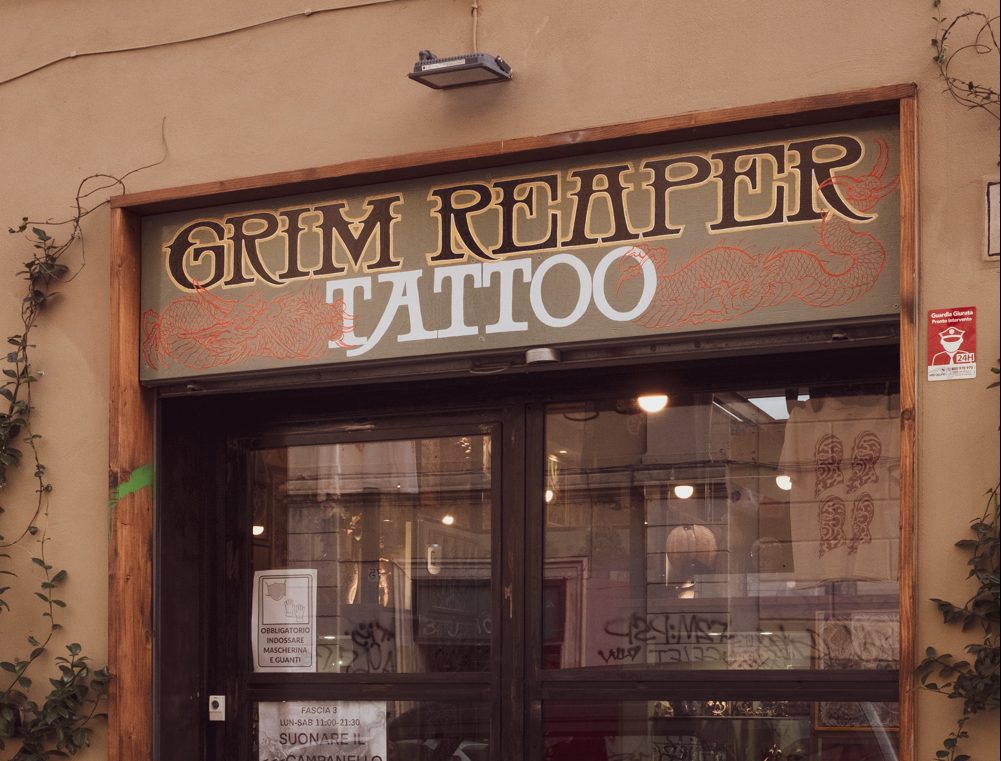 If a chief star in the Tatoo Roman scene existed, he would have completed the same education as Grim Reaper: Luca Mamone, Nello Rossini, Andrea Cuns, Scarful. The atelier opened almost one year ago but it suddenly bacame one of most appreciated in the city. It is placed at the top of Porta Portese, in the area of the most popular flea market in Rome (taking place on Sunadays). In case of prolonged tatoo session, just next to the shop there is a market in which you can taste sandwiches filled with premium ham and cheese.

Shepard Fairey - "Strategies for a Revolution"

Food & Drinks
Ad could not be loaded.
The Grim Reaper Tattoo