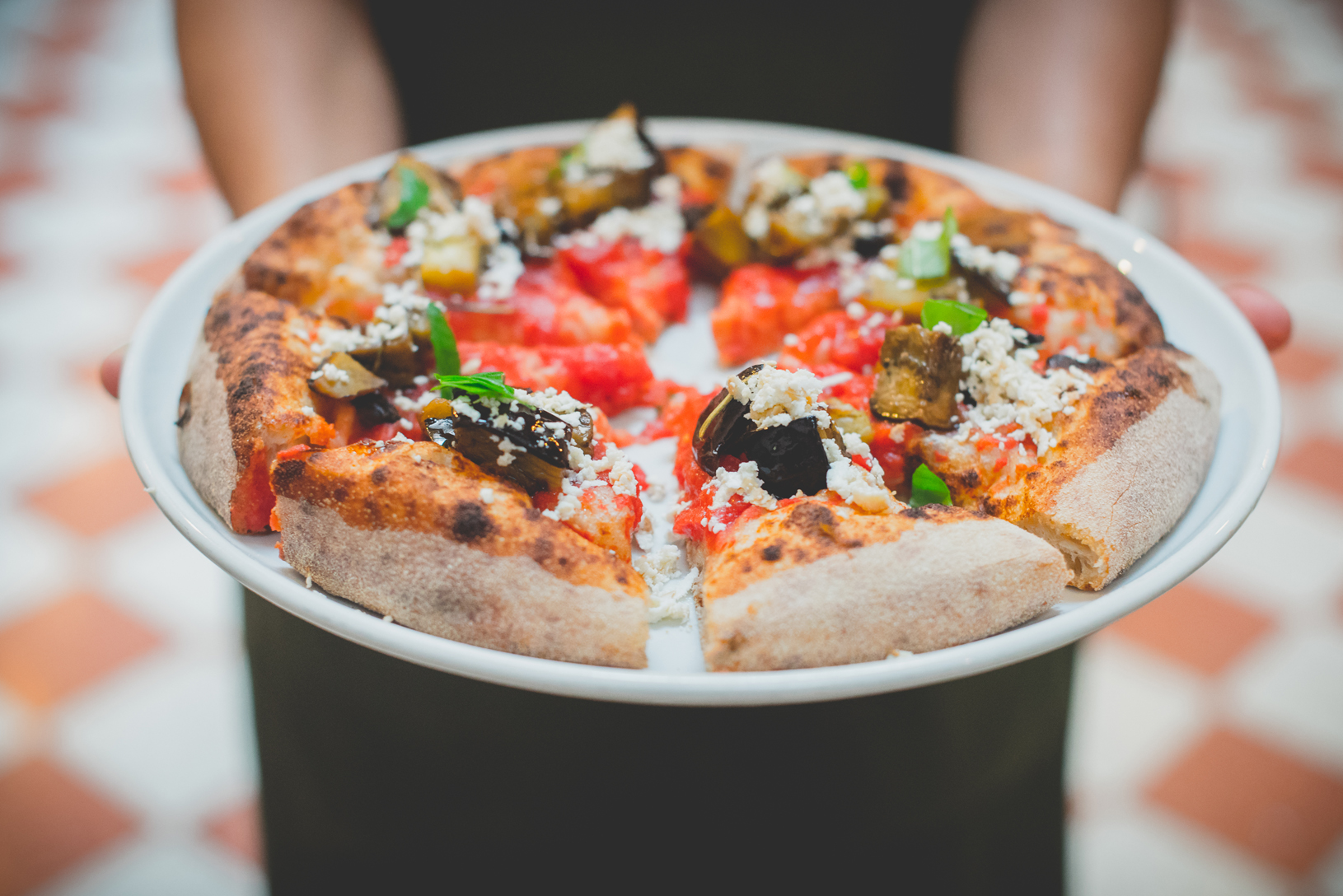 The story of Berberè in Milan began at Expo 2015 alongside Alce Nero, when the pizzeria from Castel Maggiore (where it opened its doors in 2010) was one of the few places where you could eat something good and that really had something to do with the focus of the event, starting with the use of organic, Italian, seasonal, digestible ingredients. It was inevitable that, given the success, and the openings in Bologna, Florence and Turin, Berberè would arrive in Milan, where it took the area which was Sassetti’s, an unforgettable leisure spot of the neighbourhood where retired, alternative and tango-lovers would gather for a sparkling white wine and trumps.
We decided to take a tour just a few weeks before opening: although the club is already packed, it is easy to recognize the old spaces of the area, thanks to the furniture that on one hand recalls its charm: chairs and desks like those of the school, vintage prints, white tiles, marble; on the other hand, it reminds us that we are in 2016, in the neighborhood in the shadow of the skyscrapers of the new Milan: see the large wall painting that dominates one of the walls.
We sit down: the menu is exactly as we expected, with just a few pizzas full of ingredients to lick your lips. The staff recommends sharing pizzas, to taste as much as possible one at a time: a formula we like, also because the pizzas come out of the (electric) oven already cut into slices, convenient for this type of tasting but irritating if I’m going to eat a margherita alone, especially because of the temperature that drops instantly – also due to those ingredients that are added when raw. Among the 14 pizzas (6,50 – 13,50 €) of the autumn menu we taste: tomato, mozzarella di buffalo from Caserta, basil; blackberry sausage from Romagna, tomato, pecorino Romano cheese, fennel seeds; cream beetroot, sautéed leeks, olives; potatoes, asiago d’allevo dop, bacon, fiordilatte. Ingredients that greatly enhance Berberè’s doughs, which are the thing that makes you say “wow”: on their website they explain why they are so good and digestible (stone-ground organic flours, sourdough, etc.).
In what we could call the year of pizza in Milan, Berberè is one of the protagonists.

Food & Drinks
Ad could not be loaded.
Berberè