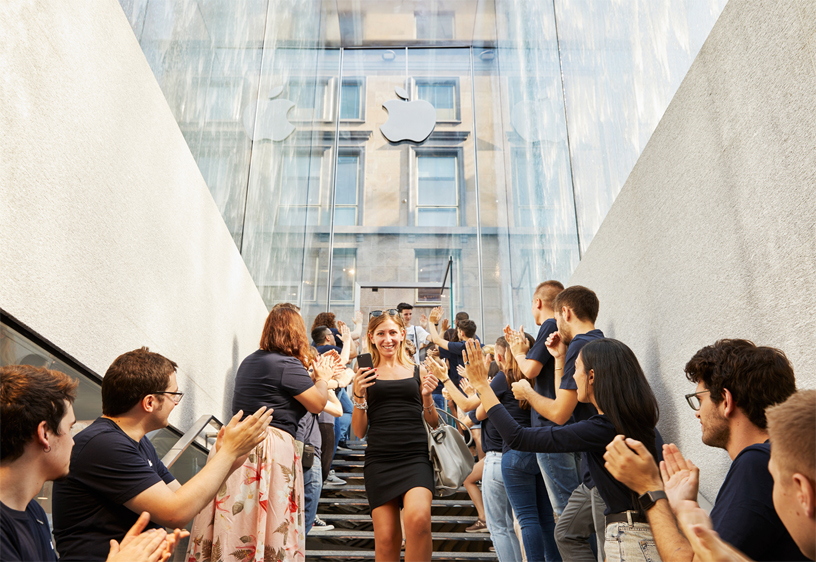 You know the huge files in front of the Apple Store for the launch of a new iPhone model? If you’re from Milan and you’ve always seen them on television, the opportunity to see them live has finally arrived: after long waits, on July 26, 2018 Apple opened its new flagship store in Piazza del Liberty, practically immediately below the Duomo. Those who know this corner of Milan must prepare not to recognize it, because the entire square has been customized with an impressive fountain and an amphitheater (!), while the spaces that once were of the Apollo Cinema have been completely restored. Things are getting big, and so until the end of September we are expecting workshops, meetings and music showcases, which will be the backbone of Today At Apple, an international project that aims to bring people of all ages closer to technology in all its forms, from the more artistic ones like music or photography to the more technical ones, programming and software development.

The Hoxton apre a Roma

Ad could not be loaded.
Apple Piazza Liberty