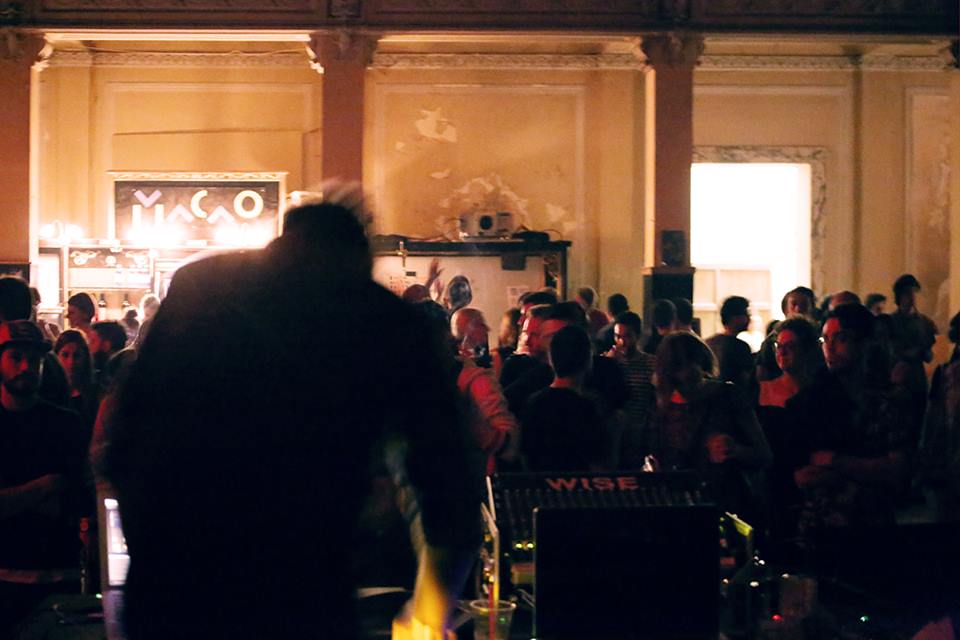 The collective that had occupied the Galfa Tower in 2012, and then wheeled 4-5 other abandoned spaces in Milan, found a permanent home in the former Borsa del Macello in Viale Molise. The entrance staircase is a splendid place to escape when the season is clement, the large liberty salon with balcony that welcomes those who enter leaves one speechless by its decadent beauty, the garden with a tree in the middle – which often during the summer marathon evenings turns into a totem to worship with DJs playing until late in the morning – is a corner of paradise without aesthetic hipsterism of any kind, on the first floor now they have also opened a literary café and there are also rehearsal rooms, a cinema, a workshop place and a hangar with different uses. They don’t have such a place in Berlin. Here you can listen to live music, dance, performance, poetry slam, meetings, yoga, capoeira and politics. The spaces of Macao are owned by Sogemi, who also owns the whole abandoned area behind the fence and who would like to redevelop it. But let’s hope that there won’t be yet another building speculation that could wipe out Macao and all the jobs, activities and events that the occupants have done, not only for this place, but also for the city.

Great attention also in the bar line. At Macao you don’t expect to drink bad drinks because the guys took special care in the selection of the bottle and also studied a quality drink list. The labels you will find are good and not infrequently there are also premium bottles. In short, you won’t die asking for a vodka tonic or rum and cola and even ice – gourmet cubes and piles – won’t transmit any salmonella to you. In spite of the reduced resources – the guys from Macao explain us – they are active in the field of experimentation of homemade infusions and syrups and are starting a project that involves the use of quality brands that belong to the fairtrade circuit, because drinking well and doing good is the general direction towards which they are trying to move. Try one of the signature cocktails: like Martin Rose with Extra Dry Martini, lemon juice and rosemary syrup, Velvet Poison with gin Bankes, Triple Sec, pre mix of blueberry and dry ice.

Ad could not be loaded.
Macao