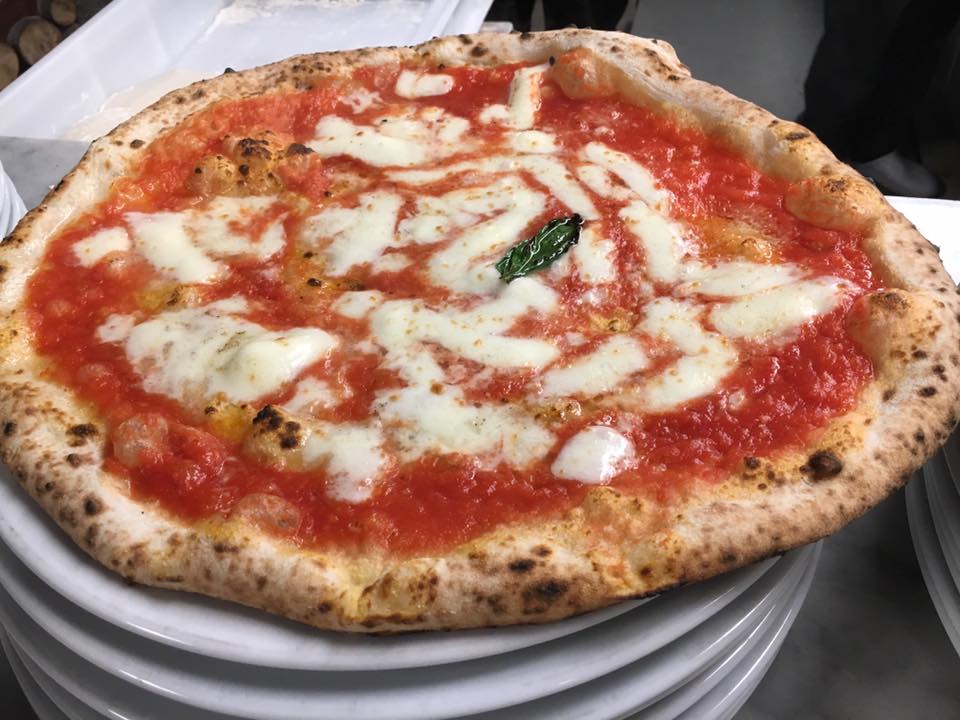 This story of the Neapolitan pizzerias in Milan is taking a wonderful shape. Michele Condurro was the last to arrive in this fruitful 2016, directly from Fuorigrotta – for the connoisseurs of the partenopean city, not to be confused with Da Michele in via Sersale (the one famous for selling only margherita and marinara): it is always Condurro, but apparently of different family lineage (Michele Condurro, the founder, had 13 children, each of whom named his first son Michele… And here I stop).
We are in via Orti in the Crocetta area, where until some time ago there was Bacicha, a place that we liked especially for Neapolitan pizza. The environment has been refreshed with lightness and colour, while the shape of the pizza has fairly become the crucial point of the place. Compared to the new standards to which we are accustomed by the new generation of city pizzerias, here the menu is rich and presents about twenty proposals, divided between classic and gourmet (7-16 €). We choose a Monastero Santa Chiara with provola, yellow piennolo tomatoes, flakes of grana cheese and basil; a Marinara revised with Corbarino tomato, Cetara anchovies, mountain oregano and orange aroma; a Michele with Bronte pistachio pesto, fior di latte, napoli salami and grana cheese flakes: the pizzas are very large and seasoned in an abundant way -despite being very tasty and digestible (leavening for over 30 hours), thin and with a low and soft border, you are full before the last slices.
To start – or to share a pizza and an appetizer or a salad – there are several delicious proposals from the kitchen: from croquettes to frying, passing from sliced salami to mozzarella in a carrozza, it is necessary to come back several times.

Clubbing
Ad could not be loaded.
Da Michele - I Condurro